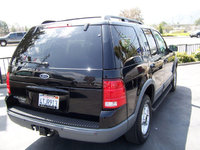 Still the rugged, basic truck of the early 1990s. 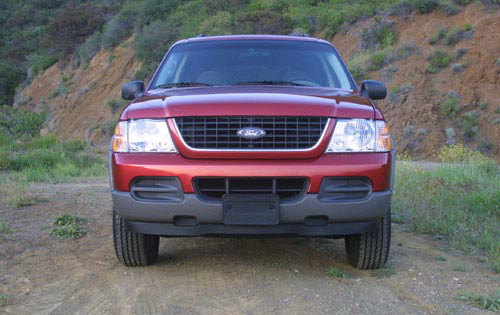 The 2005 Explorer was the last of the third generation, which debuted for 2002. It's based on a truck frame and has more heavy-duty chops than many of its owners will ever use. Key for 2005 is standard stability control. 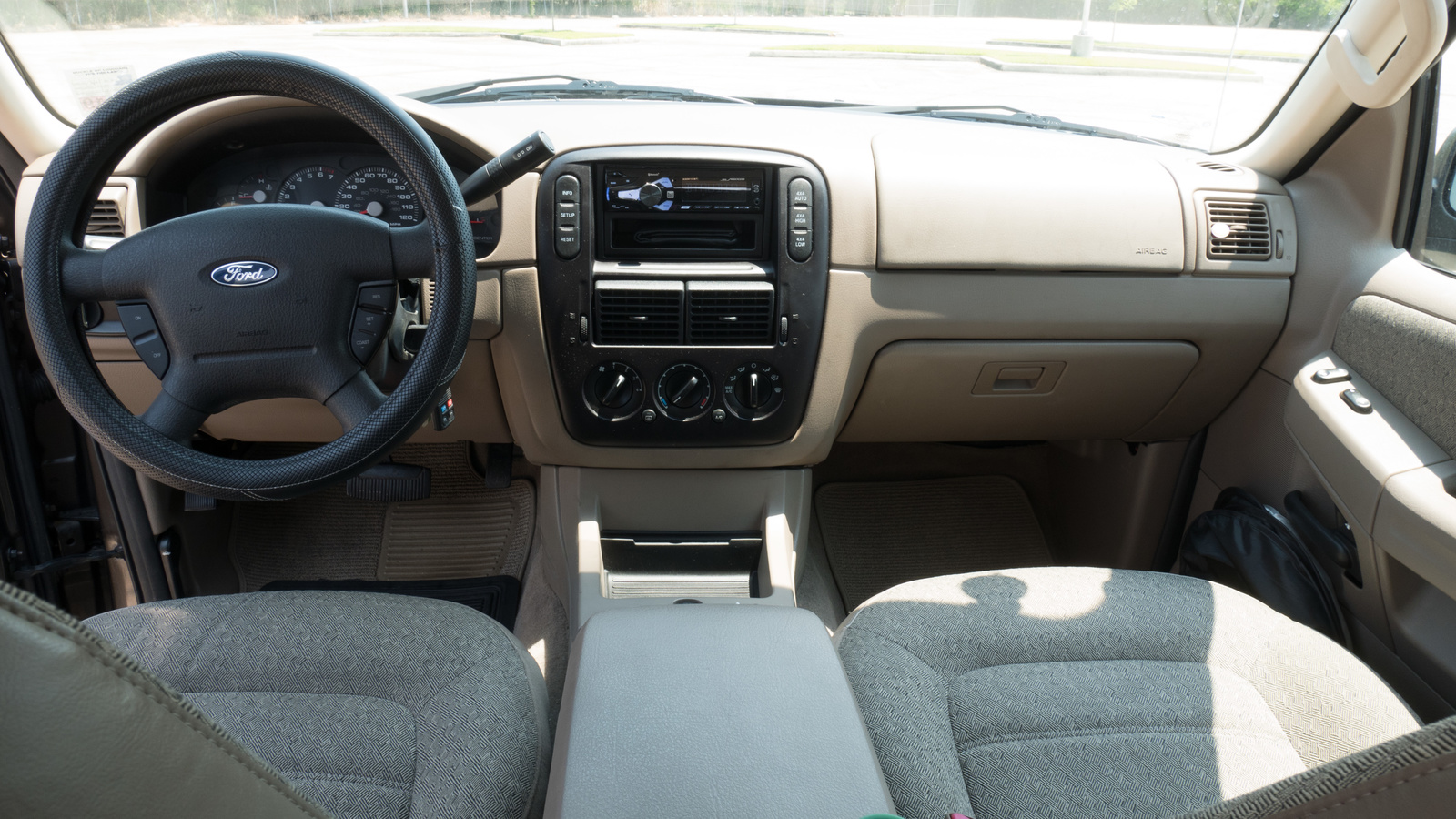 It works, so why change? From a designer's sketchbook, the 2005 Explorer isn't much different than the 2001 Explorer, which at its core wasn't far off from the first 1991 Explorer. The people like boxy squares with high ground clearance and big tires. It's why the square headlights, a small rectangular grille, vertical taillights, and tall glass keep coming back again and again, with only the molding, wheels, and bumpers making any real change. The Explorer looks rugged because it is. Form follows function, and the form isn't fancy, not even on the Eddie Bauer or Limited.

Inside, the Explorer has the look of the Ranger (even though it's no longer based on that small pickup). Flat seats, a wide and featureless dash, a column shifter, a radio, climate control, and some switches for the 4-wheel drive (4WD). The Eddie Bauer may feature two-tone leather seats, but they won't fool you into thinking the Explorer is a Lexus RX. 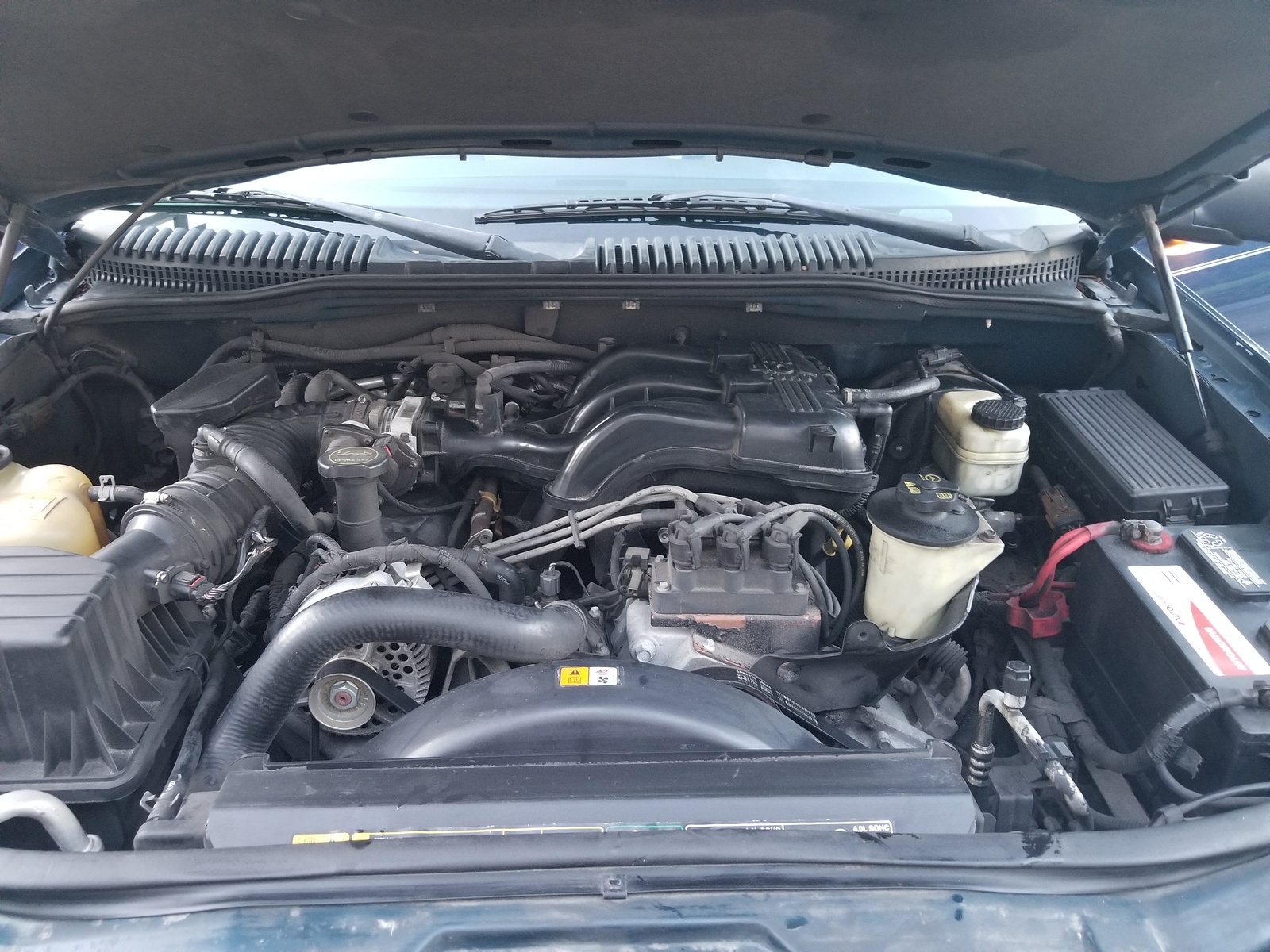 Two engines are available with either rear-wheel drive (RWD) or 4WD. The 4WD models include a 2-speed transfer case for "shift on the fly" engagement of the 4WD and, when stopped, another shift into low range for greater torque. A previous option for single-speed all-wheel drive (AWD) has been dropped. A 4.0-liter V6 with 210 horsepower and 254 pound-feet of torque is standard. It's enough with the Explorer's 5-speed automatic and drivetrain gearing. Those who want to tow 7,000-plus pounds will need the 4.6-liter V8. Shared with the Crown Victoria sedan, this lumbering beast makes only 239 hp but a stouter 282 lb-ft. The V6 trims can tow up to a maximum of 5,760 pounds. These are all significant numbers and above car-based SUVs like the Honda Pilot. An off-road package bundles an upgraded suspension, skid plates, tow hooks, and all-terrain tires.

The Explorer's independent rear suspension helps it feel more secure at higher speeds and around bends than the previous generation. The ride is well controlled and compliant. But the Explorer's truck roots always show when pushed, so here's some healthy advice: Don't.

Fuel economy is poor, but take this in the context of a vehicle that's built to tow a big boat through poor weather conditions with up to seven people aboard. Both V6 and V8 models drink heavily, with or without 4WD. EPA figures at modern estimates are 13-14 mpg city, 17-19 mpg highway, and 14-16 mpg combined. If an Explorer is your single commuter ride, do yourself a favor and get an Escape. 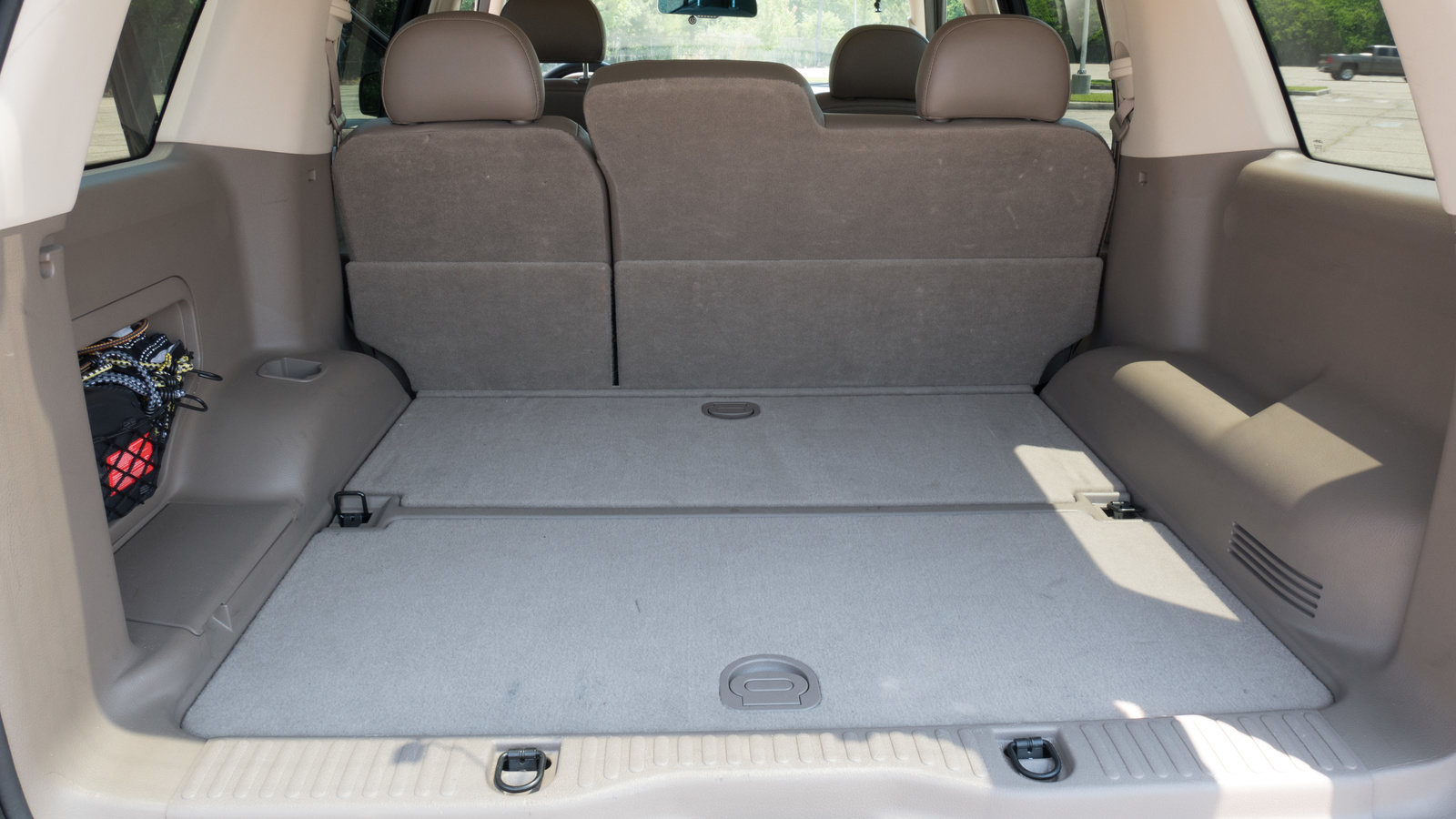 The Explorer is built to maximize space, and there is plenty: 49 cubic feet behind the second row and 86 with that row (and the optional third row) folded. Second-row captain's chairs are optional on the Eddie Bauer and Limited. The third row isn't super tight for children, but it's not a place for grown adults.

It's overly simple inside the Explorer. The gauges, controls, and switches are the basic necessities you'll find in a Ford Econoline or F-150. Nice? No. But they get the job done. 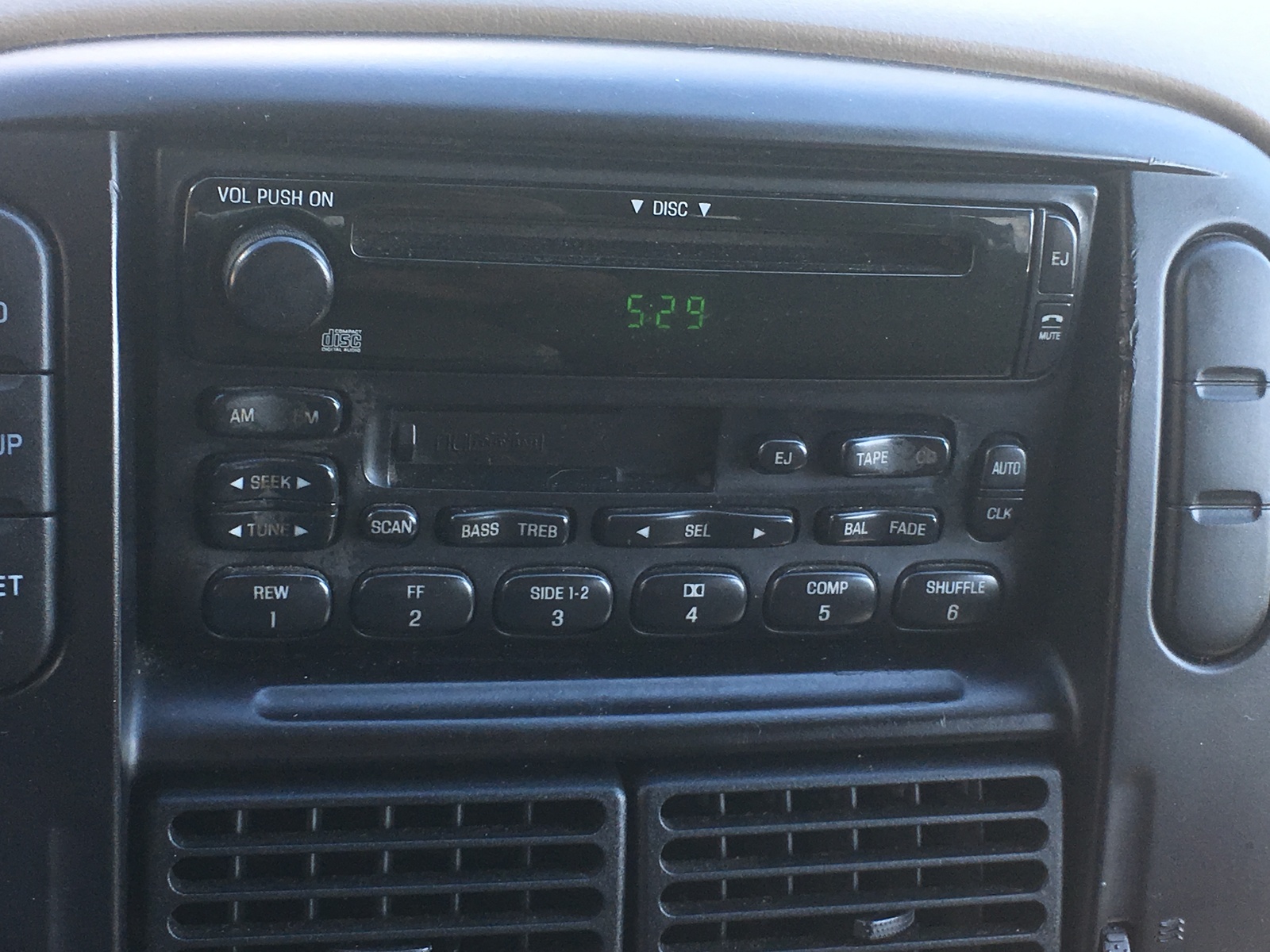 The base Explorer XLS comes with power windows/locks/mirrors, keyless entry, cruise control, AM/FM/CD stereo, tilt steering wheel, and 16-inch steel wheels. The XLS Sport has a tire pressure monitoring system and alloy wheels. The XLT brings a six-way power driver's seat with lumbar adjustment, leather steering wheel, puddle lights under the side mirrors that illuminate when unlocking the vehicle, a compass, and outside temperature gauge. An auto-dimming rearview mirror, auto headlights, 17-inch wheels, and a five-digit keypad on the driver's door to lock and unlock the vehicle are standard on the XLT Sport.

The Eddie Bauer brings actual comfort, like two-tone power heated leather seats (eight-way for the driver, six-way for the passenger), dual-zone auto climate, power-adjustable pedals, audio controls on the steering wheel, an upgraded stereo with six-disc CD changer, and wood trim. The Limited changes some of the colors and trims. Rear air conditioning and rear parking sensors are optional on every trim except the base XLS. 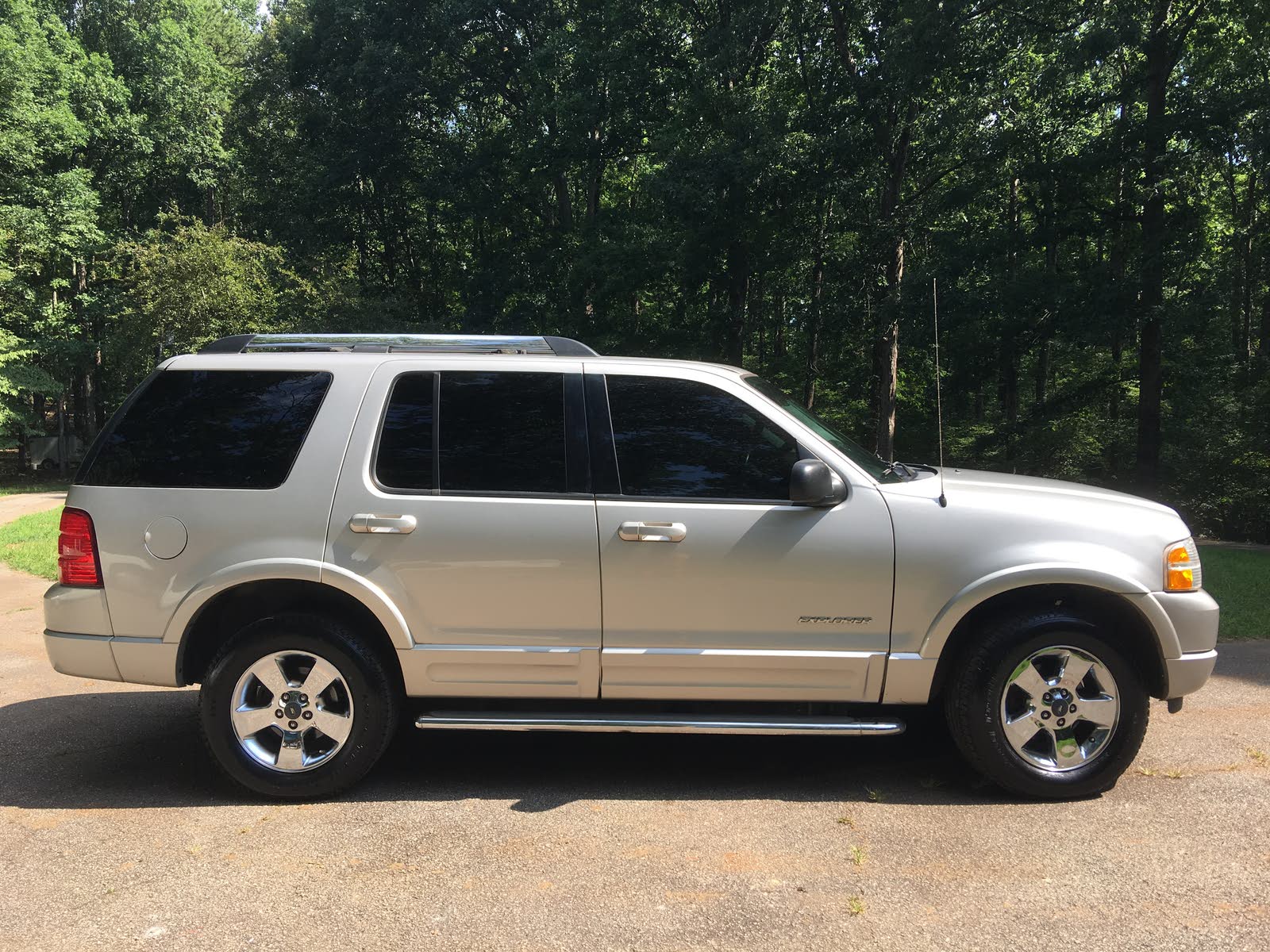 The 2005 Explorer comes with dual front airbags, ABS, and traction control. New for 2005 is stability control, or what Ford terms AdvanceTrac. This likely would have saved lives had it been installed on the previous-gen Explorer, which was equipped with defective Firestone tires that destabilized the vehicles at higher speeds. Ford waited years to install such a system even though it was available to the industry for years. Front side airbags aren't offered, even though they were previously. Front and rear head curtain airbags are an option. 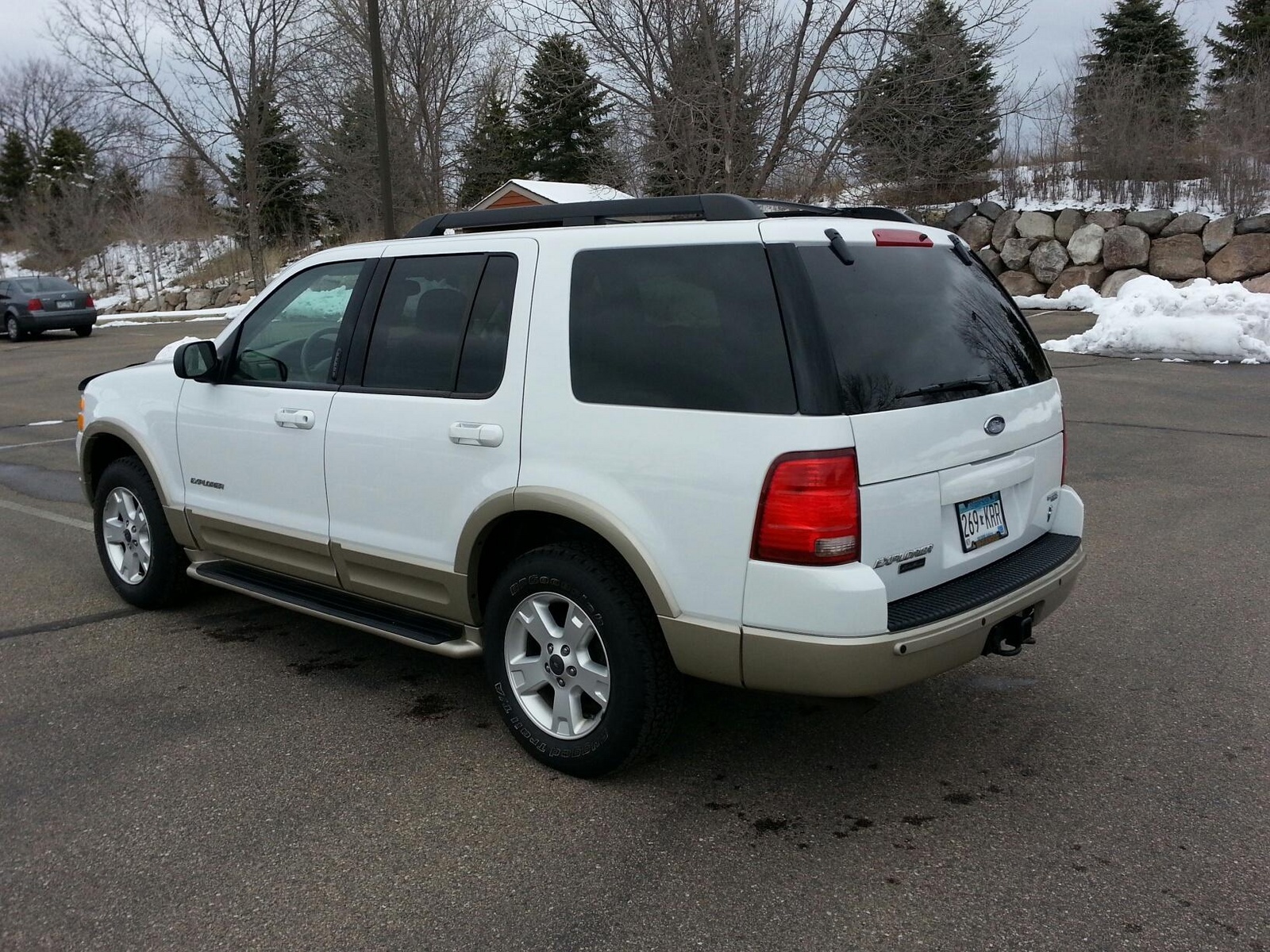 The 2005 Explorer starts at $27,810 for the XLS V6 RWD and as high as $38,050 for the Limited V8 4WD. It guzzles gas and can't handle like many of its car-based competitors. However, for people who like the utilitarian looks and will use this Ford's big-truck capabilities, the Explorer will be a fine choice among midsize SUVs.

Oldskul I love my 2005 Ford Explorer but be ready for some issues.The rear tailgate panel cracks around the Ford emblem.The sunvisor mount will break into about 20 pieces.The 6 cd changer will break and trap your cd's.The idler pulley will squeak especially in damp weather.The headliner will try to seperate after about 6 years.

bcobb48 I am 6'2 and looking for a decent mpg SUV i could camp out of for awhile i like the jeep cherokees and the ford explorers. does anyone know if i could lay down fully in the back of an 05 explorer with the seats folded down obviously.

David Way better than the jeep I had Both

Have you driven a 2005 Ford Explorer?
Rank This Car

Driver side strut has a broken spring. Went to replace strut and bottom bolt will not come out. Tried compressing spring, jacking control arm up and hitting with a hammer. Will not budge . Strut l...

DVD powerless, won't turn on! Where to start troubleshooting?

My 2005 Ford Explorer has recently started flickering in the gauges my radio shuts off and on and the interior lights flash on and off along with a ticking sound in dash/steer wheel column. This w...