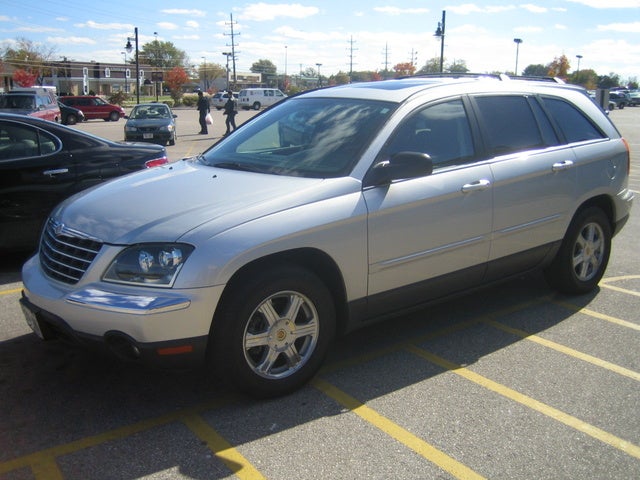 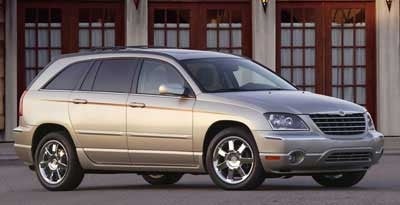 The Chrysler Pacifica entered its second year of production in 2005, with an expanded model lineup. For this year, four trims levels were offered, including Base, Touring, Limited, and Signature Series.

All models are powered by a 3.5 liter DOHC V-6, which supplies 250 horsepower and 250 pound-feet of torque. All models use a four-speed automatic transmission. Drivers can expect mixed driving mileage around 20 mpg.

What's your take on the 2005 Chrysler Pacifica?

Myles I love my Pacifica. Had it for over a year now, and it is such an interesting car. It still has some "oomph" under the hood, and it is comfortable and spacious. If you take good care of it, it can do great things.

Have you driven a 2005 Chrysler Pacifica?
Rank This Car

My 05 Chrysler Pacifica shut up while going down the road at about 45mph now it won’t start but all the lights work and it just clicks when you turn the key to start it? Anybody know anything?

I've got a 2005 Chrysler Pacifica and I've changed the thermostat and bleed the coolant system but still is blowing cold air. Need some suggestions on what else I need to do!!

Would This Be The Transmission Or Driveshaft?

When I take off in 1st gear at normal speed there is a clunk and then a grind it stops in 2nd gear and shifts fine, But if I accelerate really slow from a stop I cant hear any thing. Thanks just need...