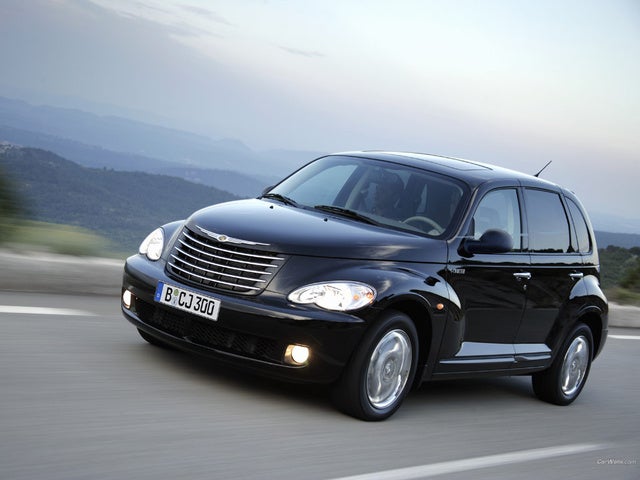 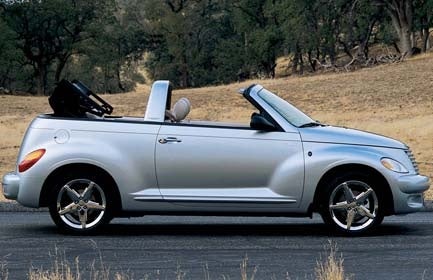 Chrysler has expanded the PT Cruiser lineup once again for 2005. There are now eleven PT variations. The Dream Cruiser and Limited Platinum Edition have both been dropped from the lineup, but four convertibles and two Signatures models have been added.

The Base wagon, Base convertible, Touring wagon, Touring convertible, Limited wagon, and Signature Series wagon are all powered by the original 2.4 liter DOHC inline four, which delivers 150 horsepower and 162 pound-feet of torque. The Touring Turbo Covertible, Limited Turbo wagon, and Signature Series Turbo wagon house the mid-level engine option: a turbocharged version of the 2.4, which now makes 180 horspower and 210 pound-feet of torque. The GT and GT Convertible are the only two PT Cruisers to boast a 220 horsepower version of this engine, which sends them from 0 to 60 in just 6.7 seconds.

What's your take on the 2005 Chrysler PT Cruiser?

Users ranked 2005 Chrysler PT Cruiser against other cars which they drove/owned. Each ranking was based on 9 categories. Here is the summary of top rankings.

Have you driven a 2005 Chrysler PT Cruiser?
Rank This Car

Hello , I have a 2005 pt cruiser convertable and im having trouble why my radio doesnt work is it one of the fuse relay thats not working...? I need help on this ...

199 views with 4 answers (last answer about a week ago)

Why Do Headlights Come On When Car Is Locked

Headlights stay on once car is locked, and cause battery to flatten over night

What Causes Low/No Compression In 2 Cyl Of 05 PT Cruiser?

Engine light came on, diagnosis said it was Air Control Valve. Went to start the car, it sputtered and wouldn't turn over. Luckily there was a repair shop next door, and they took her in. They say ...

My PT Cruiser temperature gauge dropped to coal while driving about 20 mins.

Bought a 2005 Pt Crusier two months ago. The check engine light came on had it scanned and 3 transmission codes came up was told by the garage to take it to Dodge They say we need to replace the...