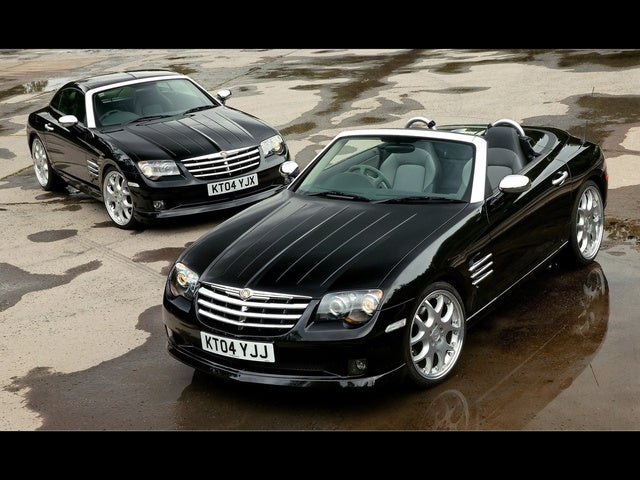 Looking for a Used Crossfire SRT-6 in your area? 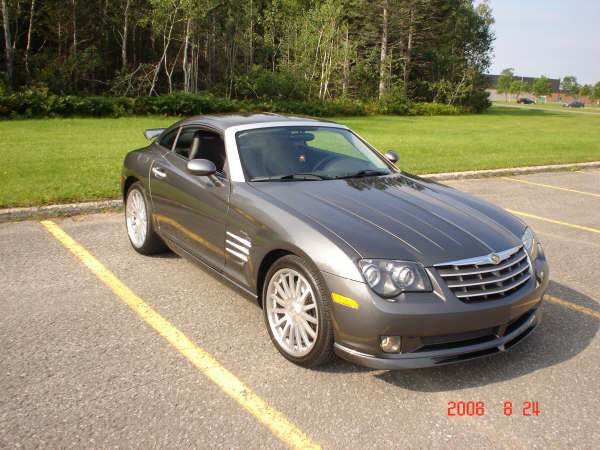 The Chrysler Crossfire was introduced in 2004, as a replacement for the previously discontinued Prowler. Both are classified as sports cars, but the similarities between the two end there. The Crossfire was a Mercedes-inspired vehicle, and used 40% Mercedes components. The Crossfire represents the first collaboration between the two automakers, joined through DaimlerChrysler, and it shares a chassis and drive train with the Mercedes SLK.

There was only one version offered in 2004, but Chrysler introduced several new variants the following year. Two versions, which were technically separate models, were the first Chryslers to wear the SRT badge.

This badge signifies the addition of a much more powerful engine. The Crossfire was powered by a 3.2 liter, 215 horsepower V-6, supplied by Mercedes Benz. The SRT-6 uses a supercharged version of this engine, which delivers 330 horsepower and 310 pound-feet of torque. The SRT also gets a special suspension system and Chrysler's AutoStick transmission.

What's your take on the 2005 Chrysler Crossfire SRT-6?

Have you driven a 2005 Chrysler Crossfire SRT-6?
Rank This Car

Looking for a Used Crossfire SRT-6 in your area?

What Is The Hurst SRT Option?

I'm looking at a 2005 Crossfire conv. that has a Hurst SRT badge on the glovebox and the seller says it is a Hurst option from the factory. I've not seen this on any other SRT-6 cars. Does anyone know...

I Bought A Chrysler Crossfire Few Years Ago, And Now I've Decided To Sell I...

I Have A Chrysler Crossfire Srt 6 Coupe And My Locks Stopped Working The Bu...

The BAS-SCR warning light on my 2005 Crossfire SRT-6 has started to come on occasionally while I am driving. It stays on until I shut the engine off, and upon the next restart, it goes off with the r...

257 views with 1 answer (last answer about a year ago)

HOW DO I GET IN TOUCH WITH THE SELLER ?