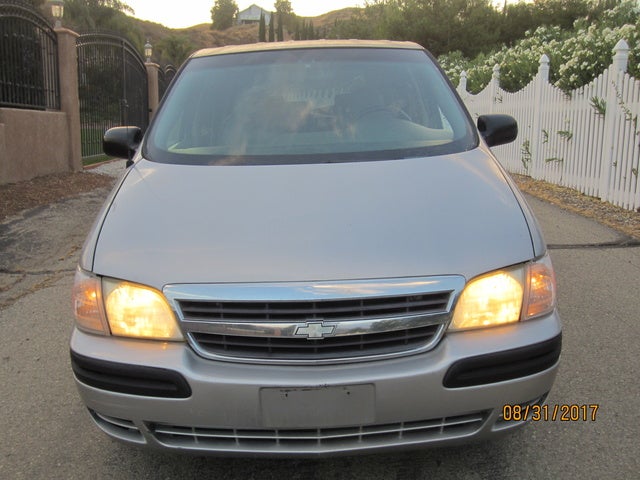 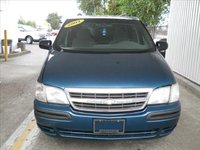 Looking for a Used Venture in your area? 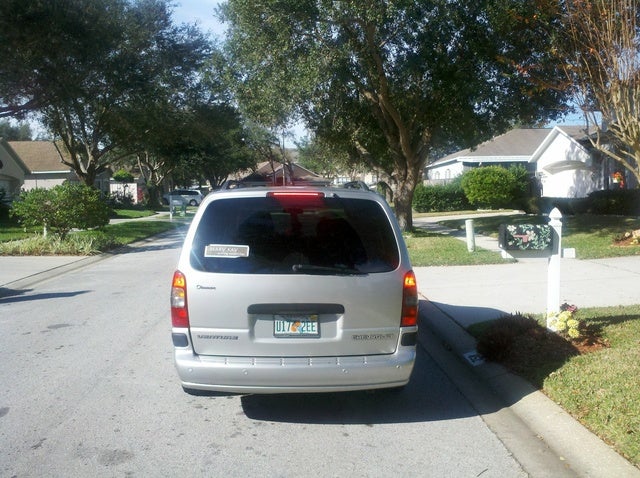 The Venture will journey no more after 2005. Set to refresh its minivan lineup for late 2005, GM releases limited versions, and the 2005 Chevrolet Venture will be replaced by the Uplander mid-year. As such, regular wheelbase models have been dropped, along with the AWD option. All trims are now front-wheel drive and come with the extended 120-inch wheelbase. Trim designations remain the same -- a utility Cargo Van, base Plus, LS, and LT. Dual front airbags are standard, with front-side offered on the higher trims. ABS is also standard on all but the Plus, and the LT adds traction control. A 3.4-liter, 185-hp V6 gets 210 lb-ft of torque and is matched to a 4-speed automatic.

Though somewhat plain and unassuming, the 2005 Venture is plenty roomy. Seating seven or eight in three rows, depending on whether you replace the second row bench with three bucket seats, the cargo area starts at 31 cubic feet. When the 50/50 split bench third row is removed and the second row flipped and folded flat, that space increases to 141 cubic feet. Tie-downs and a triple compartment with wet storage is standard. Another nice feature for families is the dual sliding doors. A power passenger door is standard on the LT, and a dual power doors are optional. The base Plus starts with power features and cruise control, and as you move up the line you add a CD player, second row captain's chairs, power driver's seat, and leather trim. A Sport Package for the LS is new in 2005 and includes an automatic-leveling suspension, a rear touring suspension, 16-inch aluminum wheels, a tachometer, and an air compressor.

The 2005 Venture never made a huge splash on the minivan front, though its roomy interior and 8-person seating capacity stood out from its competitors and was popular with kid-toting families. Drivers were surprised with its responsiveness, performance, and car-like handling and also appreciated the 19/26 mpg for such a large van. It was also one of the more affordable minivans on the market. Though it rates four stars in crash tests, owners had concerns about safety issues and problems with the seals around doors and windows.

What's your take on the 2005 Chevrolet Venture?

Have you driven a 2005 Chevrolet Venture?
Rank This Car

Looking for a Used Venture in your area?

the cooling fans are not coming on until the van temp get to 3/4 and then it will back down to just above 1/2. Witch can cause a problem when you have been driving it for a loge time because the fan...

Hello everyone...... Seasons greetings and happy holidays to all!! Las week I went out driving during the weekend. Parked my car at the Mall and when I came back 5 hrs later and tried to start the c...