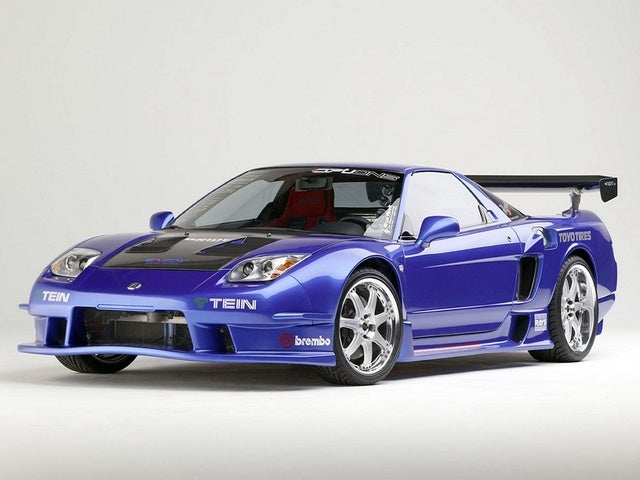 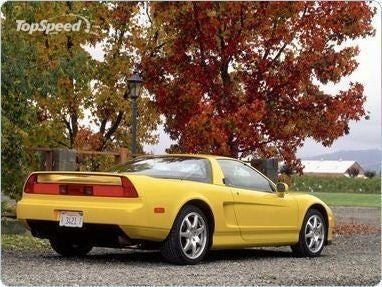 The Japanese, legendary sword craftsmen, have continued to perfect their metal craft substituting automobiles for swords. In 1990, Acura combined the two crafts into the NSX producing the samurai sword of the sports car world.

Since its beginning, the NSX had only one powertrain upgrade. In its last year, it was powered by a mid-engined 3.2-liter V6 producing 290-hp mated to a six-speed manual; the automatic version kept its previous 3.0-liter V6. Yet, these were not your ordinary V6s. They represented automotive firsts: first engines with VTEC â?? Variable valve Timing and lift Electronic Control, first with variable-volume intake manifolds, and first with titanium connecting rods - good enough for five second 0-60 jumps.

Acura worked in aluminum to craft an all-aluminum unit body structure, body panels, suspension, and engine. The suspension features racecar-like double wishbones at each corner. Once again, they achieved a number of automotive firsts in the carâ??s construction.

The NSX handles the road like a samurai sword - fast and precise. Reviewers praised its balanced ride and cornering, fixating on the wail of the VTEC V6 scaling its 8000-rpm redline. The brakes are large, ventilated four-wheel discs incorporated into an advanced 4-channel ABS that includes a traction control system. Much of Hondaâ??s Formula 1 experience found its way into the NSX. Yet, uniquely a Honda product, in city driving the NSX seems as meek as a Honda sedan.

The craftsmanship of the interior rivals the mechanicals, but only those under six-feet should apply. Steering and shifting have that samurai sword quality â?? direct and precise. Hand-stitched leather abounds in a cockpit that reminded some reviewers of a fighter jet with its excellent visibility and ergonomic control placement.

Yet, with all its innovation and craftsmanship, the NSX was not a sales success. Over the fifteen years of its existence, Acura only managed to sell 8,854 NSXs in the U.S. Chevrolet sells three times that number of Corvettes in one year. High price, almost $90,000, less supercar power than the competition, and the first Japanese sports car at this level all combined to dampen the market. Not everyone appreciates a samurai sword.

Have you driven a 2005 Acura NSX?
Rank This Car