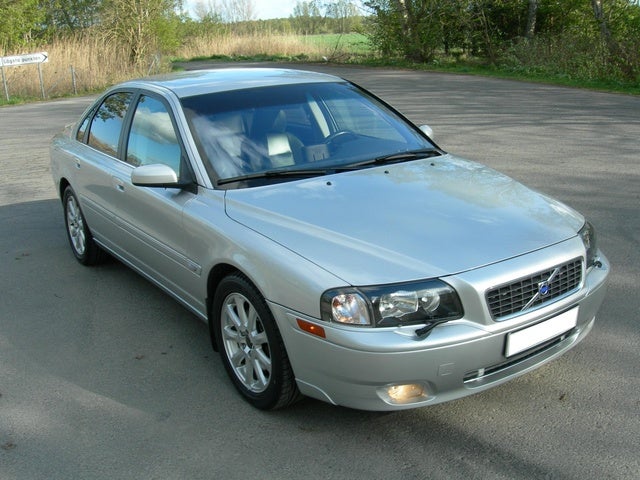 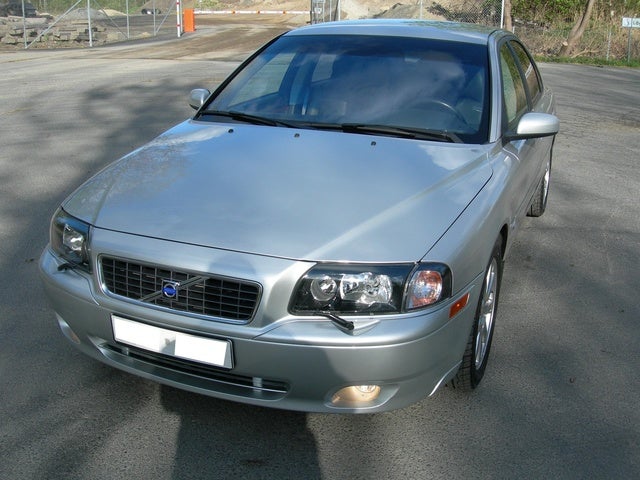 The S80 model lineup has also expanded from three to five variants, as two new styles debut this year. A new 2.5T trim is available with both front and all-wheel drive. The 2.9 and T6 styles return, and the T6 Elite has been renamed the T6 Premium. All models except the 2.5T are available with Volvo's new Four-C adjustable suspension system.

Volvo's power plant selection expands this year with the arrival of the 2.5T. This new trim is powered by a 2.5 liter inline five, which generates 208 horsepower and 236 pound-feet of torque. This engine can only be paired with a five-speed manual transmission, and fuel economy is expected at 20/27 mpg.

The three other models house a 2.9 liter inline six cylinder engine, and every model is now turbocharged. This engine delivers 268 horsepower and 280 pound-feet of torque. Fuel economy is estimated at 19/26 mpg. A four-speed automatic transmission is mated to this engine.

Reviewers have commented that the S80's interior layout is much improved for 2004, with more user-friendly controls and an aesthetically pleasing instrument cluster. The S80 offers strong acceleration and stable handling across the board, but the 2.9-equipped models will speed from 0 to 60 mph in about seven seconds. The optional new Four-C suspension is well reviewed, and its variable settings can be tailored for comfort with varying surfaces and driving needs. The Sport setting is a good match for the T6's power.

NJVOLVODRIVER A tank with comfortable seating ...I feel very safe in it, but recently a message came on the dashboard SRS-Air Bag Service urgent. I found out it is a problem with the computer motherboard and IF it can be fixed is will cost $425. If the mechanic can't fix it, then I will need a new one at $1300.00. So even if I wanted to sell my car I couldn't unless this was fixed let alone passing state inspection. The car only has 91.000 miles. It is beginning to become a money pit as much as I like the car. The transmission is also acting a little sluggish and I hope that isn't going to be another expense. I would not recommend purchasing a used 2004 S 80. Seems like others are experiencing similar issues.

NJVOLVODRIVER A tank...great seating, comfortable for 5 but other than that., forget it. I like Volvo and bought it for the safety features however, at 91,000 miles, I now have to either replace if can't be repaired the computer motherboard. Message: SRS Alert: Air bag service urgent. It can cost anywhere from 425.00 to 1400.00 depending upon what needs to be done. The transmission is somewhat sluggish and I hope that doesn't cost me more. I do not recommend purchasing this model and year used. It may cost you more in the long run. Avoid the Volvo 2004 S80.

GuruPQ7Y5 Bought this car in 2012 used with 46K for 8K. Thought I was getting a deal until things just keep going wrong. Something with the gas tank had to be replaced. Both front windows (passenger/driver) cracked cause the came out of the track, coolant leaking in the heads, $3500 repair. Front ball joints needed replacing. This was a nightmare of a car that I am just now getting rid of. Never again Volvo. Never again.

Users ranked 2004 Volvo S80 against other cars which they drove/owned. Each ranking was based on 9 categories. Here is the summary of top rankings.

What Is The Exact Function Of The Winter And Wet 'W' Feature On The Gear Sh...

As this is an AWD vehicle, I am not clear on what occurs when the 'W' button is pushed? There is no explanation in the manual, other than you use this when driving in wet and winter conditions. I'd li...

Why Would A Power Mirror Turn Black?

Driving to work this morning I heard a pop like something hit the car. Then I noticed the passenger side power mirror was completely black.

Where Is The IAT SENSOR Located

Where is the IAT sensor located in detail please

Went to turn on my heat and there was nothing. It just worked the day be for. Was told to replace resistor. Did, put everything back and now all it will do is click once or twice and then nothing. ...

699 views with 7 answers (last answer about a year ago)

Why Do I Have A Minor Gas Leak

Gas leaks a little bit under the backseat of passenger side