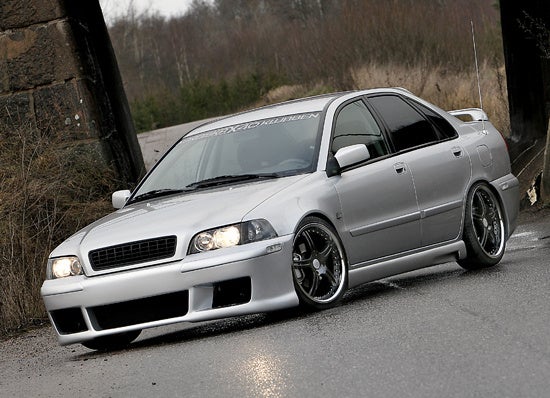 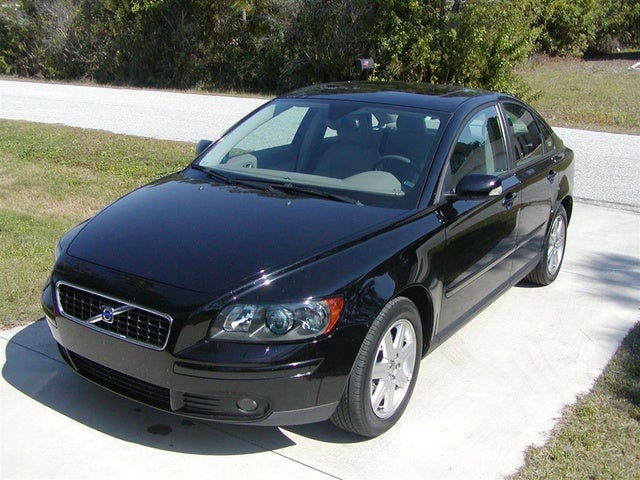 Volvo offered two versions of the S40 sedan in 2004. The first generation returns with two trim levels: the base 1.9T and the new LSE. A second-generation S40 debuted midway through the year, as a 2004.5 model. This fully redesigned S40 included two new trim levels, called the 2.4i and the T5. The 2004.5 models are differentiated from their predecessor by a longer wheelbase, shorter overall length, and several mechanical changes.

There are now several engine and drivetrain options for the S40 lineup. First-generation models retain the turbocharged 1.9-liter inline 4-cylinder, which supplies 170 hp and 177 lb-ft of torque. The 5-speed automatic is again the only transmission offered. The new S40s have two engine options. The 2.4i is powered by a 2.4-liter inline 5-cylinder, providing 168 hp and 170 lb-ft of torque. The T5 houses a turbocharged version of the 2.4, which bumps horsepower to 218 and torque to 236 pound-feet. The 2.4i's powerplant can be mated to either a 5-speed manual or a 5-speed automatic transmission. The T5 has the 5-speed automatic option, but also upgrades to a 6-speed manual.

The LSE trim was available in very limited production, with just 2,500 units. This trim gets a special exterior finish and unique alloy wheels. The 1.9T returns without any significant changes for this final year of production. The new 2.4i comes with a familiar selection of features, like full power accessories, cruise control, keyless entry, a CD player, and heated power mirrors. This new model adds traction control. The T5 adds a trip computer and some additional leather interior trim.

Volvo has attempted to grab younger buyers with the S40, following the lead of entry-level luxury models like the Acura TL, Infinity I30, Audi A4, and Lexus ES. The S40 has an attractive base price, but the sub-$25,000 entry point becomes a distant memory if additional amenities are desired. The S40's interior presentation is reminiscent of the larger and more expensive Volvos, but closer inspection will reveal the presence of many lower-quality materials.

Can I replace only the engine computer box if it packed up ,or do I need to replace more components? White a key replacement what else needs to be replaced ?

I have a 2004 Volvo S40 automatic transmission. Two days ago I accidentally spilled water onto the shifter, but I have done this a number of times over the years with no consequences. The next day I ...

car seemed to hesitate at first. thought it was transmission,.also rpm guage and temperature gauge were not working. Then check engine light went on also red hazard light in middle of gauges. what cou...

Change Time On Digital Clock In Dash Board

Warning Lights With A Car And A X Came On

A warning light with a picture of a car with a x came on for a min Would this have anything to do with the transmission going out the next day?