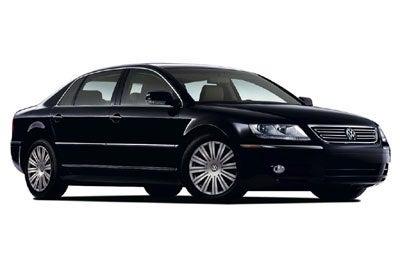 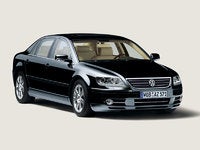 CarGurus has 9 nationwide Phaeton listings and the tools to find you a great deal.

Volkswagen pulled out all the stops for the Phaeton's first year, delivering a luxury vehicle that was designed to be the equal of the best from Mercedes-Benz, BMW, Jaguar, Audi, and even Bentley. In fact, the Phaeton shared a platform with models from Audi and Bentley, testifying to its luxury pedigree.

For 2004, the Phaeton was available with a choice of two engines -- a 3.2-liter V8 that generated 335 horsepower, and a 6.0-liter W12 engine that pumped out 420 horsepower. The V8 was linked to a six-speed automatic transmission, while the W12 came with a five-speed automatic with the Tiptronic feature that enabled drivers to manually shift gears, depending on driving conditions.

Standard features for the Phaeton were plentiful, and included an innovative 4-Zone Climatronic climate control system that enabled four occupants (two in the front seat and two in the back) to set their own temperature and air-flow preferences. The V8 Phaeton came with 12-way power-adjustable heated seats, while the W12 model's seats were adjustable in 18 different ways, including height, angle, headrest, lumbar, upper and lower body. In addition, reat seats in the W12 were heated, as were the front seats.

Drivers found a lot to like about the Phaeton, including the car's solidness, luxury features, acceleration, handling, and safety features. Low gas mileage was probably to be expected with engines as powerful as the Phaeton's, but drivers also noted some other negative aspects with the car, such as electrical problems as well as issues with dealers when cars were taken into the shop for repairs.

What's your take on the 2004 Volkswagen Phaeton?

PhaetonTim I got my 1-owner Phaeton from a CEO who drove it 7 years, 63K miles, for just $19.5K. He took great care of it. The Bentley suspension is complemented by the Audi 8-cylinder engine. I have the upgraded stereo, which LA Car magazine called the best car stereo system in 2004. Standard was navigation and a massive sun-roof, however, the navigation is CD-based, and VW stopped supporting it. Lucky for me, it has the same unit as BMW, and they did not stop supporting it until recently. The only reason for getting rid of it will be to take advantage of all of the new safety features. I want blind-spot detection, lane keeping assist, rear-camera cross-traffic alert, and smart cruise control--something that can be had in cars now costing half of what the Phaeton cost when new.

Have you driven a 2004 Volkswagen Phaeton?
Rank This Car

CarGurus has 9 nationwide Phaeton listings and the tools to find you a great deal.

when key is used to unlock trunk , should it open or lift manually , very heavy

How Do You Make The Car Lower Down AND Drive Smooth

My Volkswagen Giya Will Not Work And Its Seems Like Water Got Into It From ...