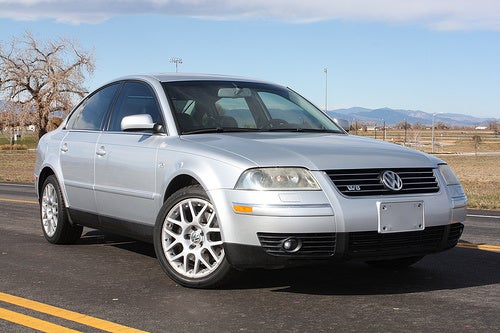 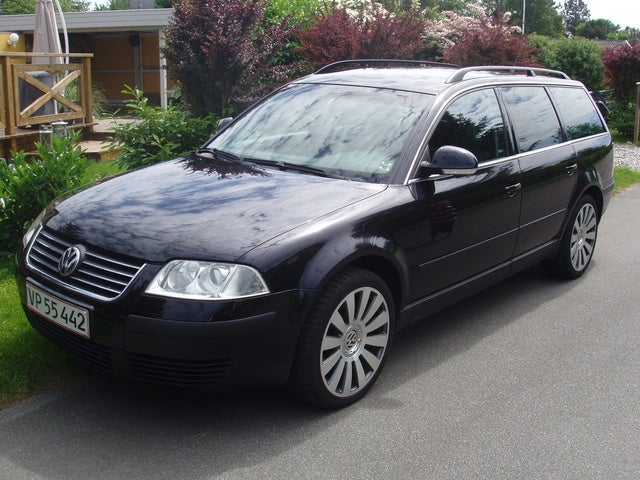 Volkswagen expanded its Passat lineup for 2004 and added a turbocharged diesel to the engine options. The four trim packages available to drivers in 2004 included the entry-level GL (available with either a standard 1.8-liter, 170-hp 4-cylinder gas engine or the new 2.0-liter, 134-hp 4-cylinder diesel); the GLS (also available with either the 4-cylinder gas or the 4-cylinder diesel engine); the GLX, which came with a 2.8-liter, 190-hp V6 engine; and the top-of-the-line W8, which was powered by Volkswagen's impressive 4.0-liter, 270-hp 8-cylinder engine. What's more, the Passat was available in both four-door sedan and wagon versions.

As you might expect, with all those trim packages, drivers had a lot of standard and optional features to sort through. The basic GL package came with such standard features as air conditioning, power windows, power door locks, anti-lock brakes, traction control, front and side airbags, and an audio system with cassette and CD players. The GLS added a sunroof and alloy wheels. The GLX and W8 added leather seats, which were heated in the front, among other features. The W8 was also available in a sport package with a tighter suspension, and VW's 4MOTION all-wheel-drive system was available on certain models.

Many of the quality-control problems that seemed to plaque Passats in previous years seemed to have been fixed by the time the 2004 models rolled off the assembly lines, at least according to drivers. Instead of complaining about frequent trips to the repair shop, drivers found favor with the Passat's styling, handling, comfort, and safety features, and even commented on its affordability.

What's your take on the 2004 Volkswagen Passat?

Have you driven a 2004 Volkswagen Passat?
Rank This Car

Smelled a faint electrical burn that went away. Couple days later started car in the morning but no headlights, turn signals, windshield wipers or heater. Changed out relay 370 (was told this was th...

Let me start by saying that the only change between when my car was working fine and the problem at hand is that my car got an oil change and a change of spark plugs. This was done last Thursday. I do...

Our 2004 VW passat keeps saying STOP! Oil pressure low! We've had this looked at multiple times and the mechanics can't find any reason for the cause of this. They have replaced a few things and i...

My epc light turned on a while ago and since then my engine won’t crank over, my battery is dead, I have no exhaust or rear window, it’s my first project car and I just want to get it running, any ...

118,800 miles, Transmission might be going. When slowing down the car bucks at downshift from 3rd to 2nd. When not in triptronic it revs to 3500 before shifting from first to 2nd and almost red-line...