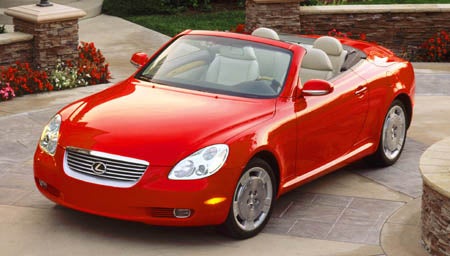 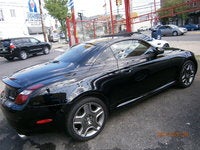 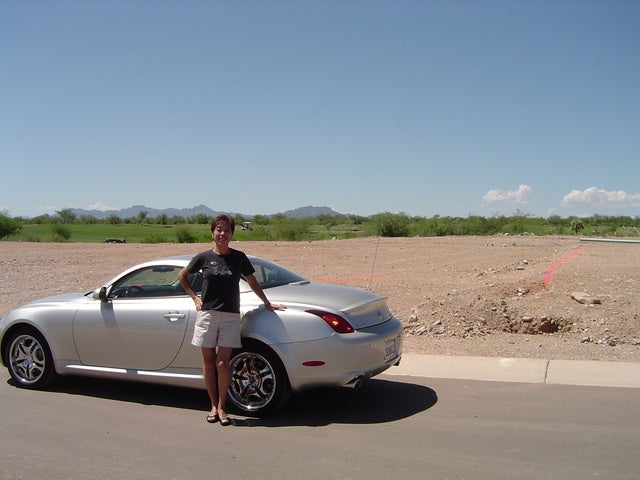 In 2004 Lexus added a very limited edition trim of the Sc 430. This Pebble Beach Edition featured special paint, badging, and interior trimming. Aside from that news, the SC remained unchanged for its third model year. The 2+2 rear wheel drive coupe was a modernized version of the long-running SC 300 and 400. Lexus had revamped the SC to keep it competitive with new offerings from Mercedes and BMW. All SCs were now hard top convertibles.
The SC was considerably heavy for its body type and spaciousness. The 430 was over 350 pounds heavier than the previous SCs, but the powerful LS Series V-8 worked to compensate for such bulk. The 4.3 liter V-8 provided an impressive 300 horsepower and 325 pound-feet of torque. Road test data varies for the SC 430, but the 0 to 60 times are confined from 5.9 to 6.6 seconds. The coupe featured many of the finer LS series touches, like a premium Mark Levinson sound system, power heated seats, posh suspension, and a silenced ride.
Drivers marveled at the convenience of the one-touch retracting roof, which was a first for Lexus. The SCs safety was unquestioned as usual, aided by powerful brakes, tight handling, and responsive steering. One common issue was the rounded hump shape of the rear deck, topped by a rear brake light. Because the driver is positioned quite low, many felt that this design led to an obstructed rear view.

GuruSKGJH I am a true "CAR GUY!!!" I have had the pursuer of many fine cars since 1953, when I graduated from High School. !959 Caddy convertible to TR3 sports cars, and in-between. I have had my SC 430 for about one year, silver with Saddle leather and buried walnet dash. It is the best car I ever owned. Buy one now and put your grandchild through college ..... Gary Giberson, N.J. 08241

How To Pay For A Car

How Do I Delete My Listing?

How do I remove my listing

I Received An Offer But Cant Move Car Gurus Forward.

I am unable to add my bank account and I have received an offer on my car.

see above in subject