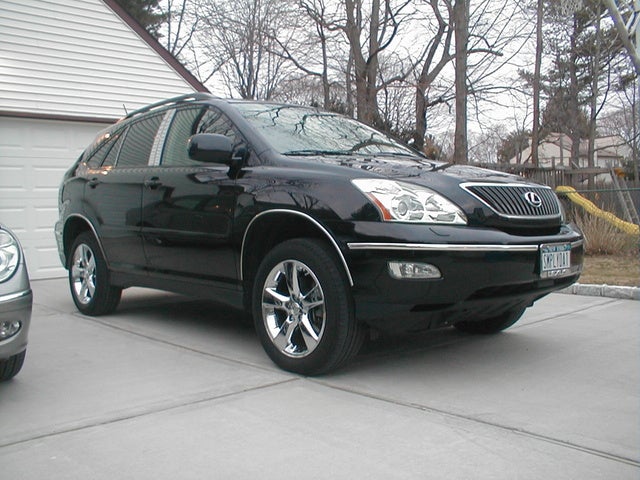 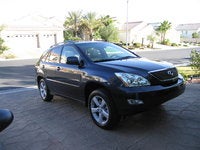 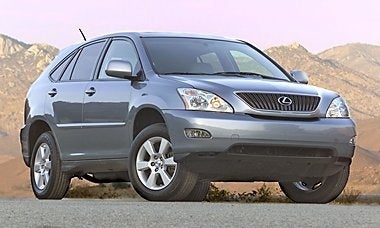 The 2004 Lexus RX 330 was the long-awaited redesign of the company's top-selling "crossover" vehicle, the RX 300. Like the 300, the 330 was built up from the Toyota Camry platform. For 2004, 5.9 inches were added to the overall length, and 4 inches were added to the wheelbase. Drivers of the previous model had repeatedly commented on the need for more space.

The RX now had a more powerful engine: a 3.3-liter V6 that made 230 hp, up 10 horses from the previous 3.0-liter V6. The transmission was still offered only as an automatic, but it was upgraded from a four-speed to a five. Gas mileage improved slightly. The FWD model was good for 20/26 mpg.

Owners of the RX 300 who upgraded were pleased to find many of their key concerns addressed with the restyled 330: turning radius was improved, the console was less invasive, and it had more horsepower, more room, and a sleeker look. Others felt the 330 inherited some of its predecessor's shortcomings, like poor driver and rear visibility and blind spots when changing lanes.

mercyq I love my Lexus RX 330 EXCEPT for the cracked dashboard. This seems to be occurring in numerous vehicles and Lexus is not accepting any blame. Not appropriate in my opinion.

If The Timing Belt On A Lexus RX330 Breaks Does It Damage The Engine?

19 views with 1 answer (last answer about a month ago)

Hairline Cracks On My Dashboard

I recently purchased a 2004 RX 330 which is in excellent condition. This car is kept in a garage but I recently noticed some cracks on my dashboard. Can this be corrected and what is causing the crac...

Since Battery Replacement, The Electric Windows Won't Work. How To Fix?

Immediately after AAA installed a new battery, the windows won't work (except the driver's) He warned me some of the electrical might need re-setting. Is the problem something I can fix myself or do...

691 views with 2 answers (last answer about a year ago)

Any thoughts on best battery replacement for 2004 Lexus?

I bought a used, 2004 Lexus RX 330. There is no information that I can see in the papers to indicate whether it is a FWD or AWD. How do I determine this? Would it somehow be revealed in the VIN perh...