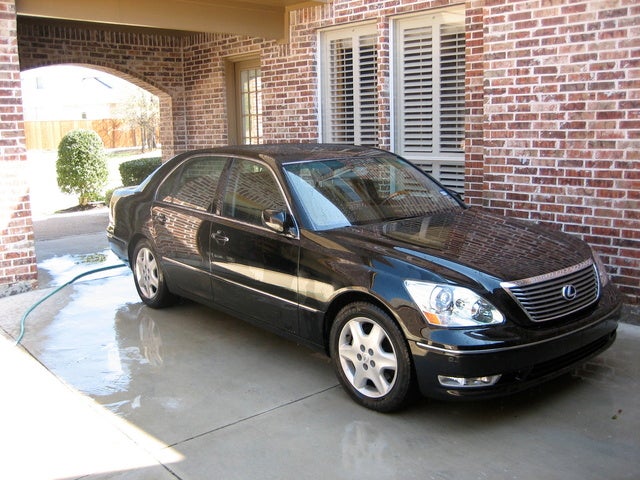 The third-generation LS sedan entered its second phase in 2004, with several additions and revisions beyond the 2001 redesign. The LS series had come a long way in several respects, including price. Option packages like Ultra Luxury and Custom Luxury raised the sticker price to nearly double the original 1990 LS 400's MSRP. Still, the LS was rated above comparably priced competitors from Mercedes, Audi, BMW and Jaguar in terms of quality and reliability.

New features included a 6-speed automatic transmission, Tiptronic shift gate, swiveling headlights for turns and a moonroof. The LS 430 was also equipped with clever new technologies like the Pre-Collision system (which detects possible collisions and adjusts the car for maximum restraint and braking), distance-aware cruise control and the Smart Access keyless ignition. Several new options were also available, including a rear backup camera, satellite radio, a Mark Levinson stereo with position-optimized sound and improved hands-free capabilities for navigation and Bluetooth.

The LS series had faced some criticism regarding its lack of athleticism, even though it was never intended to be such a car. Lexus did introduce a new Sport Package in 2004, which featured 18-inch wheels, but this option did alter the performance. The LS 430 was powered by a 4.3 liter four-cam aluminum V8 engine, which provided the full-size sedan with 290 hp and 320 pound feet of torque. The 4,000-pound LS now sped from 0 to 60 mph in about 6 seconds. Despite its weight and power, the LS 430 maintained manageable fuel efficiency, at 18 mpg city/25 highway, thanks in part to the engine's Variable Valve Timing + intelligence technology. VVT+i also lowered emissions.

How Do I Continue My Car Sale Listing?

How do I continue my listing to sell my car past the initial time period?

I Want To Report Potential Scammers.

I had contact through your site with scammers and i want to repport them. The person is Matthew Dorbeck, him and his wife are attempting to purchase cars with fake Money Orders. I think he has tried...

How To Correct Side Mirror Going Haywire

How To Take Lights Off Auto

How do take light off auto

What is turning radius?