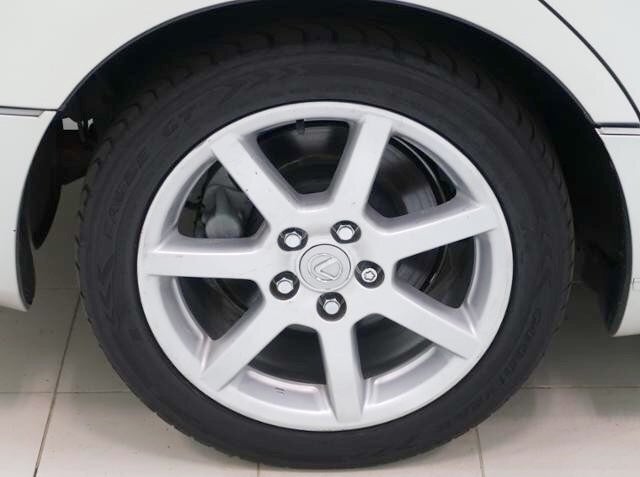 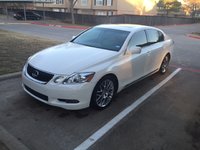 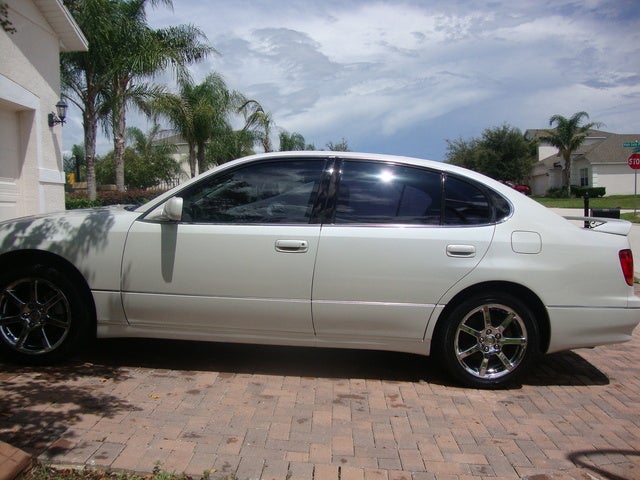 The GS 430 remained unchanged for the 2004 model year. This second generation of Lexus sports sedan had seen gradual upgrades throughout its life, including a thorough redesign in 2001. The original GS first appeared in the early 1990s, and its price fell between the ES and LS series sedans. Since then, Lexus had steadily tinkered with the GS to achieve the perfect blend of sport and luxury...which actually have many opposing qualities. In addition to the 430, the GS line still included the six cylinder 300 model.
The GS again featured the 4.3 liter V-8, a power plant which provided 300 horsepower and 325 pound-feet of torque. The GS 430 raced from 0 to 60 in just under 6 seconds and through the quarter mile in 14.3. The 19/23 mpg fuel economy, while not spectacular, was above what might be expected for a high performance sedan with a 4700 pound gross weight. The GS 430 could still only be found as a rear wheel drive, five speed automatic. The 430 had lost the tiptronic feature found in the GS 400.
The GS 430 had a long list of amenities inside, and further options like voice-controlled navigation and the premium Mark Levinson sound system added to the appearance and feel of the cabin. The GS 430 had stable, balanced, and quiet ride that Lexus was known for, but many drivers felt that the new 430 was moving away from the sporting image established by its predecessor. The new drive train seemed to create a more sluggish and less responsive GS, and the tiptronic feature was also missed.