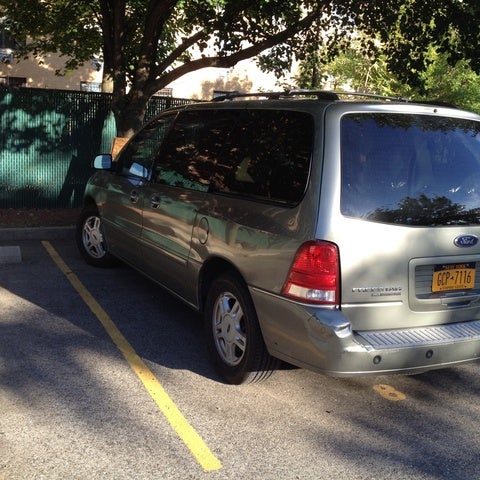 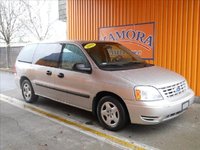 The 2004 Ford Freestar was launched as a successor to the aging Windstar minivan. From its inception, the Freestar suffered from something of an identity crisis: described as both a 'van' and a 'wagon' in Ford's marketing materials, it was also sometimes lumped in with the SUV offerings from Dearborn.

The Freestar may have been an idea whose time had come...and already gone by the time it was rolled out. Although many suburban moms had loved their Windstars in the '90s, the market for large family passenger vehicles had changed pretty dramatically by 2004.

Drivers who were looking for lots of room at a relatively low curbweight, and who didn't mind giving up some agility, did find the '04 Ford Freestar to have some advantages over comparable SUVs. Because it was relatively low to the ground, the Freestar was easier to get in and out of (and easier to customize with ramps and lifts for drivers with disabilities).

The 2004 Freestar came in cargo van and passenger van body styles, and in Standard and Limited trims. Drivers and reviewers praised the Freestar for its quiet ride, thanks to some high-tech acoustical engineering and insulation from Ford. The '04 Freestar seated seven, and had a cargo capacity of 137.8 cubic feet (with seats removed). Gas mileage was a respectable 18 mpg city, 23 mpg highway.

momnotafordfan Worst vehicle I have ever owned! I have replaced the computer due to water damage. Every time it rains water some how gets into the computer system and causing malfunctions including the transmission slipping, power doors stop working, every light on the dashboard to light up, and eventually the car dies. I have had it repaired countless number of time and still when it rains the problems return. Never would buy a Ford again!

Have you driven a 2004 Ford Freestar?
Rank This Car

Today we took the van out and you can smell coolant driping on the exhaust and when van is idling with out rad cap on and no heat on you can see coolant coming up to the top of the reservoir and gos...

How Do I Get My Ignition To Un Stick On 2004 Ford Freestar?

My ignition is stuck, i am able to put and remove key but the ignition doesnt move

My van runs good for about 30/40 miles. Then it jerks loses power and shuts off. It will start back up drive a few miles then stall again. I've changed cam shaft sensor and mass airflow sensor . D...

791 views with 6 answers (last answer about a year ago)