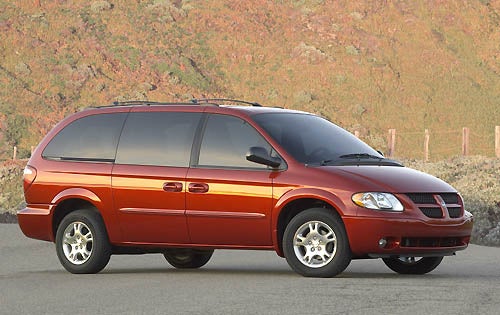 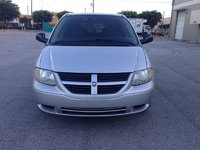 Average user score
4 ⁄ 5 stars
Based on 7 reviews
Great Roomy Van For The Price. No Mechanical Problems So Far. Fun To Drive. by Lilly — My husband bought this van to use in his electrical business. I drove it over the weekend before he was to convert it, and convinced him it was too nice of a vehicle to convert. My mother says it is... Read more
My Caravan by Brandi — It is the best vehicle to drive its easy to handle and accelerates great and brakes awesome. Its 5 years old and have never had to replace anything in the engine. May be a soccer mom vehicle but every... Read more
Great Work Van by George — purchased it this year. 4 years old and has 29,000 miles on it. never any problems at all. I use it as a work trunk and it has room, and is reliable and gets good MPG. 3.3 V6 motor is durable. it ride... Read more 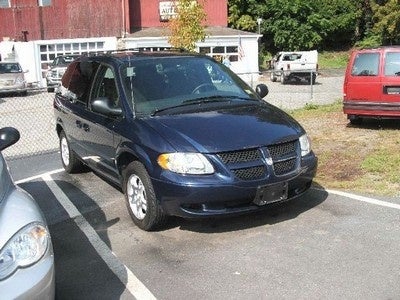 Happy 20th birthday, Dodge Caravan. You look like a minivan, and you act like one too. There are two ways Chrysler found to celebrate the milestone, besides still being number one on the market. One was to hold a Stand By Your Van contest in Chicago. Whomever kept their hand on a Caravan the longest without removing it would win a new car. The second was releasing a 2004 anniversary edition of the Dodge Caravan SXT, with two-tone upholstery, chrome alloy wheels, rear DVD player, CD changer, and leather seats.

The SXT was the newest trim in both the regular and Grand Caravan models for the 2004 Dodge Caravan. Where the base SE trim has manual locks and a 2.4-liter, 4-cylinder engine, the SXT has second row bucket seats, power locks and windows, keyless entry, sunscreen glass, cruise control, and a 3.3-liter V6 engine. The Grand SXT comes with the 3.8 V6, 215-horsepower engine. The Grand SXT replaces the Grand ES as the top of the line model.

Options for the longer and roomier 2004 Grand Caravans include a six-CD changer, leather seats, DVD system, and a tire pressure monitor alert. Sirius satellite installation was available for the first time in the 2003 Caravans. At the rate they're going, Chrysler will soon be celebrating the 30th anniversary of their once-revolutionary minivan.

Have you driven a 2004 Dodge Caravan?
Rank This Car

Hello all, I have a 04 Dodge Caravan that has been working just fine for the last 3 yrs. The issue I have now is that the van gets stuck in park when I try to start it up and drive. I do step on ...

The antifreeze is disappearing in my 2004 Caravan but the engine isn't overheating its not dropping onto the ground or going into the oil so its not an internal head gasket. I don't know if its going ...

I've replaced the mainstream O2 sensor 3 times, and it only lasts for about 200 miles before the check engine light comes back on. The last time I replaced both sensors, and the light still came back...

I have tried entering my VIN # and license # of my car listing - yet the website says they are not correct. I know they are correct. What can I do?