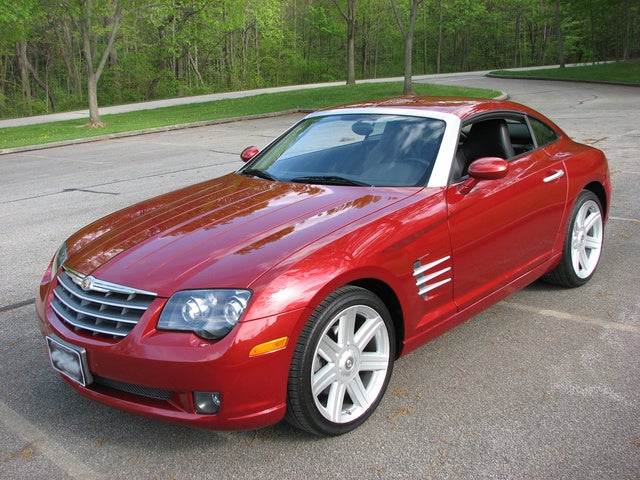 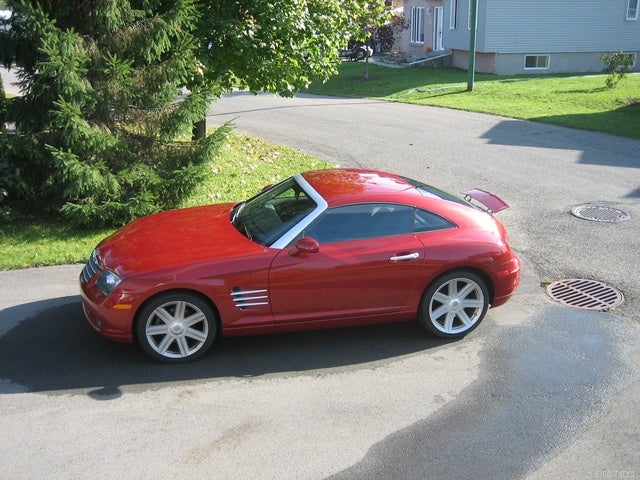 The Crossfire was introduced in 2004, largely based on an original 2001 concept which represented the first collaboration between Chrysler and Mercedes Benz. For this first model year, only one style was offered, but Chrysler would add trim levels and a convertible variation for 2005 and 2006.

Crossfire design and engineering relied heavily upon the previous generation Mercedes SLK. Both cars were built on the same chassis, and the drive train and many interior elements were also shared.

The coupe was powered by a potent Mercedes-supplied 3.2 liter V-6, which generated 215 horsepower and 229 pound-feet of torque. The engine could be paired with either a five-speed automatic or a six-speed manual transmission. The 3000 pound Crossfire raced from 0 to 60 mph in 6.8 seconds, and braked back down to zero over just 117 feet.

The Crossfire was well-reviewed by owners and test drivers alike. The Benz-like styling was a common favorite feature, but many felt that Chrysler used too many lower-grade interior materials. Other complaints included cramped seating and poor rear visibility.

What's your take on the 2004 Chrysler Crossfire?

Lhogue7 I like mine but it could use a little more space and rear vision. It could also use better interior material.

DodgeVWTDI I bought a 2005 in September 2019 and I loved that car. It only cost $2,800 cuz it had some work that needed to be done on it which I did myself including a paint job. I put new indoor panels on it that I got from an LKQ junkyard that plastic thing behind the seats on top of the gas tank I replaced with stain ed wood that I made and I was in the process of redoing the dash with real wood because that plastic just is garbage. I'm in Florida so the heat apparently dries it out and makes it crack which is the same problem I had with the Volkswagen bugs I had before the crossfire. Since I owned it I had put in two new motor mounts, upgraded the spark plugs and put new coils and wires in It upgraded the fuel injectors that were remanufactured, replaced the fuel pump and fuel line filter pressure regulator with OEM quality parts. Install new brake rotors and pads and pads and put new shocks in it. I cured that poor visibility out the back end of the car with a backup camera and 7-in monitor mirror that clipped on over the existing rear view mirror and I wired in such a way that when the car was on that thing was on all the time, not just when I backed up. Actually had or have two additional full sets of wheels and tires. It was a manual so I have an extra transmission for it because even though it was modeled after Mercedes it was still made by Dodge and I know about Dodge manual transmissions. Unfortunately I totaled my crossfire 2 weeks ago in Baton Rouge on I-10 right before you go over the Mississippi River, I hit a puddle, hydroplaned, bounced off three walls, spun 360 degrees in the process and didn't get a scratch on me and I credit that to the great construction and framework of Mercedes design car. This occurred at about 6:45 in the morning so there was a lot of trucks around me and on the road but fortunately there was a sheriff's deputy two lanes over and when I lost control he stopped traffic and help me get out of the car cuz it was totaled. So now I'm busy checking CarGurus three times a day looking to get a replacement crossfire. Preferably a handyman special because I liked working on my car as much as driving it. I took a 2001 Dodge 1500 pickup truck 418,000 mile without any major work to the engine at all although I had to replace the manual transmission four times So there's no reason one of these crossfires can't go a million miles.

Have you driven a 2004 Chrysler Crossfire?
Rank This Car

My Chrysler 2004 Chrysler Crossfire won't start. I drove to a gas station today and got out of my car for 10 minutes. When I got back into the car I turned the key and my radio worked, but my engine...

Do You Sale Parts For The Crossfire

What Type Of Fuel Does It Take And What Gas Mileage Does The Crossfire Get?...

1. Does the Crossfire only take premium fuel or can it take regular also? 2. Does the car get more than what the dealership says in gas mileage, "19 city-24 highway" or can it get better.

replaced camshaft & crankshaft sensors and replaced my starter today and car still wont start. i also had a lock smith cut and program my key for me and i was wondering if this may play apart in why...

2004 Bad To Horrible AM Radio Reception

I purchased a 2004 Crossfire in June 2015. The only thing lacking is the AM radio reception. FM reception is fine. An after-market radio shop said that the antenna was bad. A new on was installed. A...

169 views with 3 answers (last answer about a year ago)