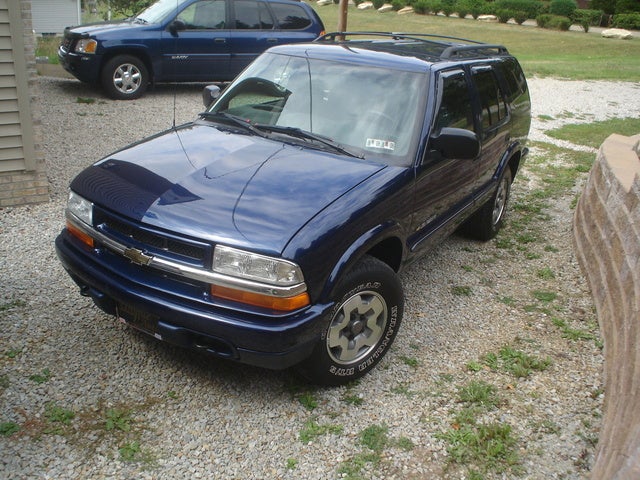 The 2004 Chevrolet Blazer was an old favorite nearing the end of a long run. With its attention focused on the high-end spinoff TrailBlazer line, not to mention the new Equinox SUV, Chevrolet made few changes to its pioneering midsize sport utility wagon.

For purists, though, the '04 Chevy Blazer provided rugged power at an affordable price. Its high profile and stiff suspension (remember, the 2004 Blazer was built on a truck platform) were popular with off-road enthusiasts looking for a 4WD that could stand up to tough terrain.

What's your take on the 2004 Chevrolet Blazer?

D. Trailblazer, towing capacity dropped from 5900lbs to 3500lbs. Wheel pattern changed from GM-Standard 4.75" on 5 bolt to 5" on 5 bolt, making finding wheels harder. GM added for plastics to body and basically took a great working SUVand made it an over-sized CUV!

Have you driven a 2004 Chevrolet Blazer?
Rank This Car

I have a 04 Chevy blazer and I have replaced the driver side rear seal 3 times now but it still keeps leaking and now there is a clunking noose from that side of the blazer could anyone here help m...

Does Cargurus Deliver All Sales

Will you deliver this vehicle?

No Clutch. Throw Out Barring?

Recently after I put it in gear it makes a grinding sound when letting off the clutch. It's been happening for about 2 months. Suddenly I have no clutch and no pressure in Petal. I can still drive but...