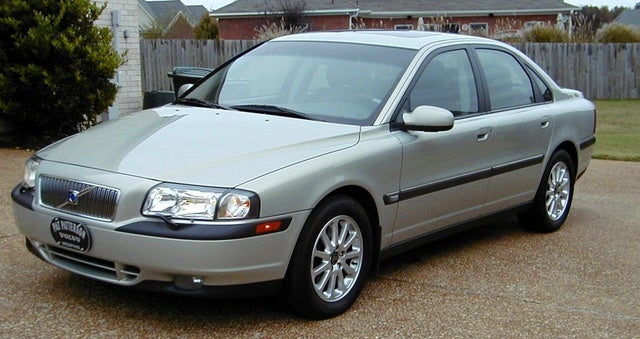 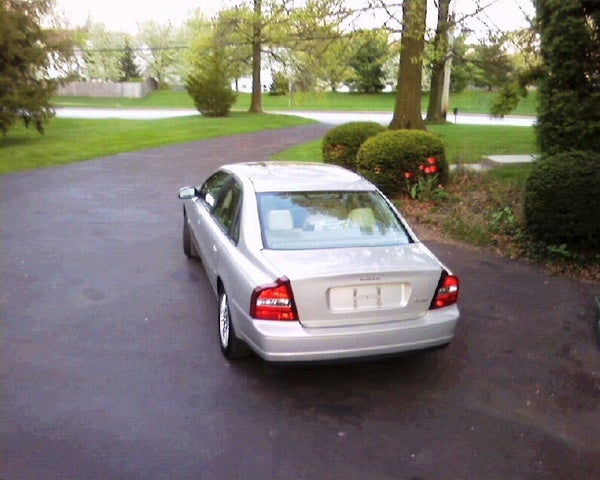 There is one minor trim level adjustment for the 2003 S80. The upscale T6 Executive is dropped, and replaced with the similarly equipped T6 Elite. The Elite was introduced during the previous model year, offering the Executive luxuries with seating for five. The color choices expand this year, and Volvo adds rain-sensing wipers and the On-Call Plus telematics system to the 2.9 options list. These items are standard on the T6.

Buyers have three S80 trims to choose from: the 2.9, T6 and T6 Elite. All three models house an inline six cylinder engine, but T6s get a turbocharger. The 2.9 is supplied with 194 horsepower and 207 pound-feet of torque. The T6 models use a 2.8 liter mill, which delivers 268 horsepower and 280 pound-feet of torque. Fuel economy is estimated at 20/28 mpg for the 2.9 and 19/26 mpg for the T6. Both engines are teamed with a four-speed automatic transmission, and the T6 adds a manual shift feature.

The 2003 S80 has received very positive consumer reviews. The S80's acceleration, seat comfort, safety features and build quality are often cited as the car's top attributes, and many owners have reported that they are already on their second S80 in 2003. Most problems deal with complicated Volvo gadgetry, and many would like to the controls simplified.

Professional reviewers agree. The T6 variant is praised for its strong acceleration with minimal throttle hesitation, the smooth automatic transmission with the manual shifter, and its road-aware sport-suspension. The cabin is quiet in all models and many many reported ideal seat positioning and comfort. Test drivers have continued to call for more intuitive controls and better displays.

G8tergir1 I have most certainly found the ‘03 Volvo S80 with the 2.9L Turbocharged Engine to be very responsive with just a tap of the gas peddle! And I’m off to new adventures, Wow what power it has and it is listed as one of the safest cars for me to drive. Being safe makes me happy! This car is very roomy inside and compared to the Jeep Compass I last owned it has so much room inside for my passengers, which is so much more awesome. It has more metal in it, it actually weighs 3200 lbs so I am in a more competent vehicle for my passengers safety and mine too. I am really happy with this Volvo.

What Would Make A 2003 Volvo S80 Check Engine Light Flashing

What Would Cause A High Whistling Sound From Under The Hood On The Right Si...

It is almost a high whining sound that continues even after the car is off. It happens randomly - not everytime the car is driven

Is there a manual release for the fuel door on a 2003 S80 T6? When the release button is pressed, it sounds as though the mechanism is working properly, but the fuel door doesn't open. Any suggestio...

Car Vibrates While In Drive And Say "transmission Service Urgent" Or Somet...

I've dealt with this problem of vibration before but now a lot more issues are arising. I replaced all spark plugs and even got new ignitions coils but that didn't resolve anything. When i'm on park...