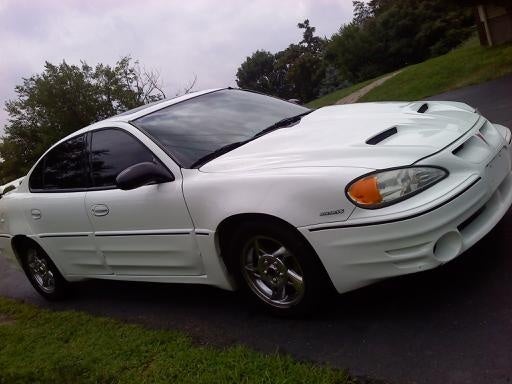 Have you driven a 2003 Pontiac Grand Am?
Rank This Car

its not a speed machine it hasnt needed much for repairs the interior appearance and exterior are great. its great on gas and its a very comfortable car to drive and it is a safe car to drive if you... Read More

Read all 2006 Pontiac Grand Am reviews

This type car is wonderful. Good smooth riding, easy to drive. Great radio and CD player. A/C and Heat were excellent. This car was my baby and so much fun to share with my friends. I took severa... Read More

I like just about everything on this car, the 3.8L engine has lots of power, very rummy inside, great gas mileage for a v6 engine, it go lots of miles but still running great, everything works on this... Read More

Great car. It very happy with it. I hope it will last for years. Read More

This car is in great condition ☺️ and the price is good too. Read More

I love my 2002 Pontiac Grand Am its 20 years old and runs amazing! of course because its 20 years old Ive had to replace the normal parts that wear out!hoses overflow tank simple things like that that... Read More

I loved my 2001 Pontiac Grand Am GT1 75th Anniversary Edition It was a cool car while it lasted My head gasket blew out and I drove it to the Dealer to get it fixed and by the time i got there I had... Read More

Performance was great... the engine had a lot of miles but, what do you want for a used car Appearance - few cigarette burns in the seats but otherwise cherry inside and out Cost of Ownership- T... Read More

Cars compared to 2003 Pontiac Grand Am

CarGurus has 118 nationwide Grand Am listings starting at $2,600.

2003 Pontiac Grand Am Trims For Sale