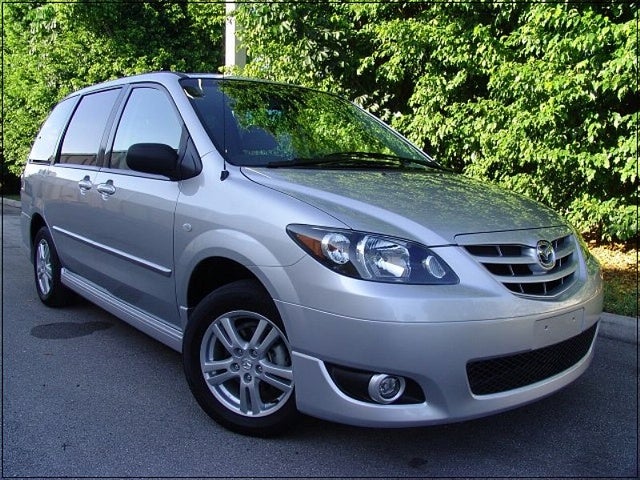 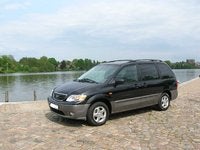 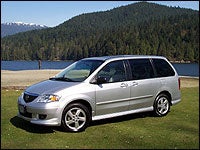 Mazda added an entry-level LX-SV trim package to its line of MPV minivans for the 2003 model year. It joined the LX and higher-end ES versions, which had been offered in previous years.
All three versions were powered a 3.0-liter V6 engine that produced a respectable 200 horsepower. It was linked to a five-speed automatic, which was the only transmission available.
Despite the fact that the LX-SV was an entry-level package, it provided plenty of standard features, including air conditioning, power windows, power door locks, a keyless entry system, dual airbags, a tilt steering wheel, cruise control, power exterior mirrors, and steering-wheel-mounted audio controls for the AM/FM/CD stereo system.
The LX version added larger 16-inch wheels as well as an expanded list of options, including power sliding doors and a CD changer. The ES version added leather seats, a power adjustable driver's seat, a leather-wrapped steering wheel, and a premium audio system with a subwoofer.
Drivers liked the MPV's versatile and functional interior, which included removable second-row seats and a third-row seat that could be stowed in the floor to improve cargo capacity. Drivers also liked the minivan's performance, handling, and styling. Although some drivers reported having a plethora of mechanical problems with their MPVs, for the most part drivers were happy with the vans.

Users ranked 2003 Mazda MPV against other cars which they drove/owned. Each ranking was based on 9 categories. Here is the summary of top rankings.

Have you driven a 2003 Mazda MPV?
Rank This Car

don't know what to do power windows stopped working

My 2003 Mazda MPV has an engine that had seized and needs to be replaced. How much can I sell it for in this condition. Has minor scrapes but overall in decent shape.

Window Down And Won't Come Up

I have a problem with the left side sliding door window in my 2003 Mazda MPV minivan. The window went down all of a sudden. It didn’t drop, but quietly slid down. I can lift it up with my hands but ...