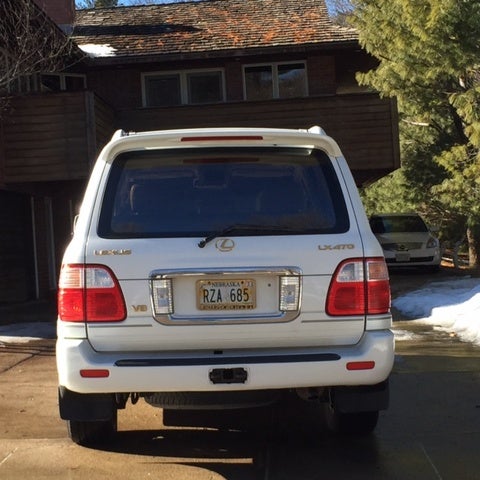 Average user score
5 ⁄ 5 stars
Based on 2 reviews
2003 Lexus Lx470 by Zain — I've always been more into cars but this SUV made me consider otherwise. For an SUV, this vehicle drives like a Rolls-Royce. Unexpectedly comfortable. All-Wheel drive. Amazing in the winter. Cost of ... Read more
Lexus Lx470 by Ahmed — its a tight car with great capabilities and engine is strong it can take up to 8 people it also has a refrigerator and we had never repaired it. It is under gas and has 2 tanks a sub and main. I ... Read more 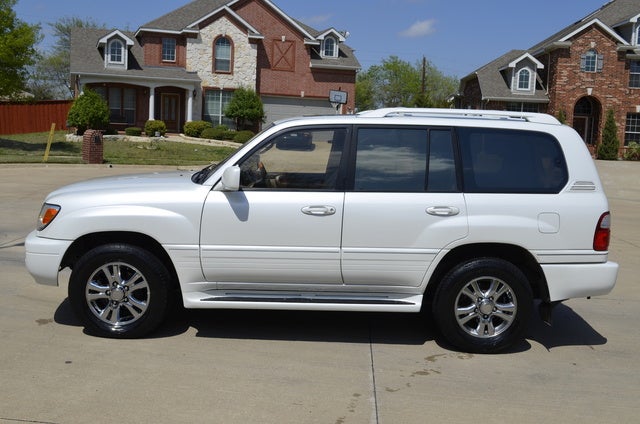 The 2003 Lexus LX 470 featured a long list of upgrades. Lexus had made a continuous effort to distinguish the luxurious LX from its Toyota counterpart: the Land Cruiser. In 2003, there was now a new addition to the Lexus sport utility family: the GX 470. The new GX offered more SUV attributes than the small car-based RX, but the LX 470 had to be further set apart as the flagship. On the exterior, small adjustments to the lights and the grille separated the LX from the GX, and eighteen inch wheels were standard. The interior featured redesigns to the center console and creature comforts like rear passenger and steering wheel audio controls. New options included a night vision system, Lexus Link emergency communications service, and an entertainment system.

Performance wise, the LX 470's 4.7 liter V-8 received five additional horsepower, now at 235. The steering rack was improved and the transmission was upgraded to a 5-speed automatic. The new transmission was far more responsive and able to better control engine torque. The solid feel of the LX can be attributed to body-on-frame construction which is most common in large heavy duty trucks.

Very poor gas mileage and wobbly handling continued to top the list of driver complaints. Considering the rate at which the LX consumed fuel, drivers often found it a bit underpowered. Although the LX received a series of luxury-related upgrades in 2003, drivers were still impressed by its all-weather and almost all-road condition capabilities. The variable suspension could be tailored to provide a forgiving ride on a variety of surfaces, and classically crafted interior offered passengers a fine escape from the adverse conditions outside.