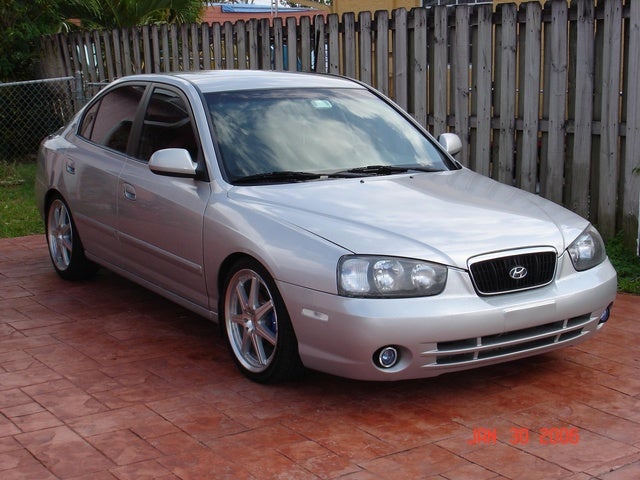 Have you driven a 2003 Hyundai Elantra?
Rank This Car

I shopped many cars in this class from multiple brands. I was happy with the price and warranty from a sales perspective. The car itself is very sharp looking , has many safety and convenience fea... Read More

This car is stunning. I test drove the N line model (6 speed manual transmission) and it is more powerful than expected. Sleek exterior and interior. Very smooth. Read More

Best value great warranty I didnt used to like Hyundai until 2016 when I bought an Elantra best car and great price drives like a expensive car great torque and speed. Love it Read More

I love this car! Rides so smooth and has power too. Gets great gas mileage and feels like u are in a much more expensive car. The seats are comfortable and it truly is a very pleasant driving experien... Read More

I love the limited!! It’s super nice and clean looking. Has some dope ambient lighting in the interior and you can change the colors. I upgraded from a 2012 sonata and I couldn’t be happier. Read More

I like the car so much. Goof gas mileage Drive smooth It has good feature Read More

I loved the color, the steadiness, and how comfortable the car is. Read More

This is an awesome car and we love it. Read More

Hyundai Elantra 2019 is such a beautiful car. Thanks to Mr Ramadan for making my dream come true and getting me into the car I wanted. It drives really nice. Thanks and highly give to Ramadan and all ... Read More

Have you driven a 2003 Hyundai Elantra?
Rank Your Car →