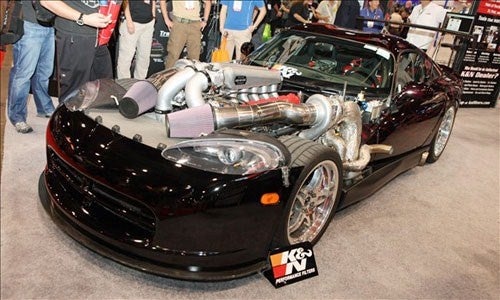 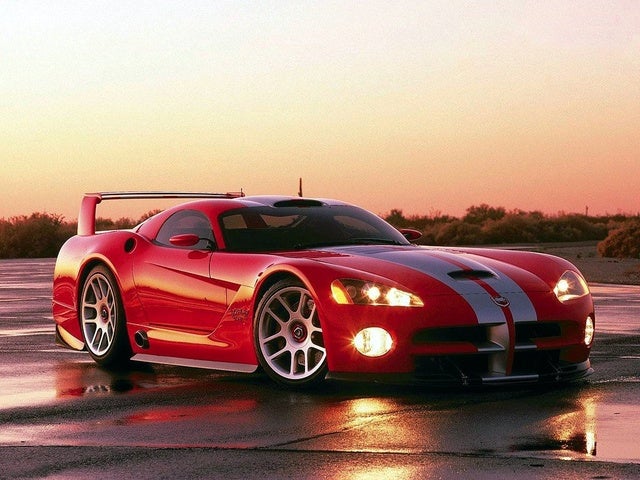 The 2003 Dodge Viper SRT-10 brought about a change in the already legendary muscle car, a change that seems almost universally to be for the better. First thing's first. The 2003 Dodge Viper has an 8.3-liter engine, .3 liters bigger than previous years, which has a maximum horsepower output of 500. Another major, and much appreciated, change in the 2003
Dodge Viper SRT-10 is the convertible roof. This one is actually easy to operate!

All in all, over 100 changes were made by Dodge engineers in the redesigned 2003 Dodge Viper. Inside, the Viper is much more comfortable. The seats were redesigned, a dead pedal was brought in as a place to rest your left foot, and a 6-CD changer was included so you don't have to waste valuable time looking through your case mid-journey. The gas mileage is still around 12/24 mpg city/highway, but that's become fairly standard for the Viper family.

Owners of the 2003 Dodge Viper SRT-10 seem to think that it is the best Viper made up to that year. For the most part, owners are happy with all of the changes, especially the 50 extra horsepower and the convenient convertible roof. Despite being redesigned, the 2003 Dodge Viper still keeps its position as one of the best muscle cars on the market.

Have you driven a 2003 Dodge Viper?
Rank This Car

Took 2003 Dodge Viper to certified viper tech, two items to repair. Cracked vacuum hose in front of trunk and low oil pressure gauge at idle. They fixed the vacuum hose and then drove the car for 9...

41 views with 4 answers (last answer about a year ago)