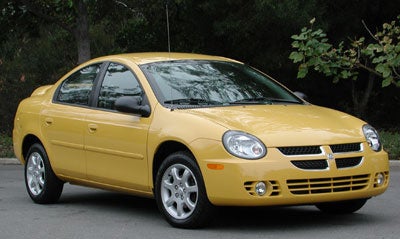 Have you driven a 2003 Dodge Neon?
Rank This Car

what I like about this car is it fast and great on gas. the negative about it is it get the problem in a bad spot having to find a solution to trying to find were the problem is coming from Read More

CarGurus has 63 nationwide Neon listings and the tools to find you a great deal.