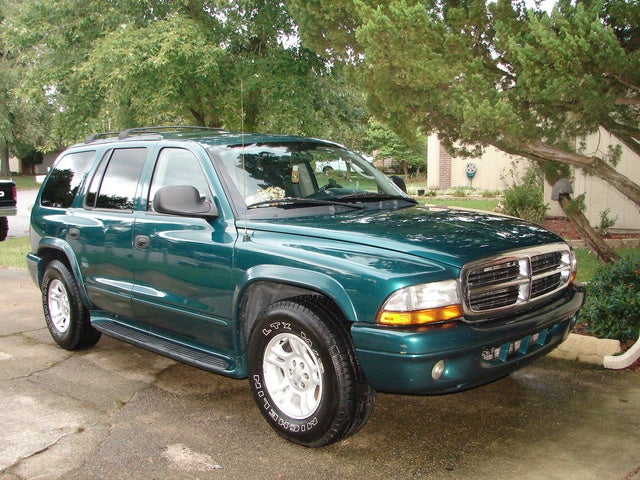 Average user score
4.4 ⁄ 5 stars
Based on 38 reviews
Dodge Durango by Sean — Performance is great it has an awesome acceleration good braking and the handling is awesome. Its needed repairs but thats because its gotten in accidents. Outside is pretty good not too big not too s... Read more
Great Family Vehicle by Julie — This has been my favorite vehicle over all. I love the way it handles, it has alot of get up and go. It's great for hauling around the kids and their stuff. The third seat works for any other people y... Read more
The Durango by Wendy — I have Away's wanted one, the preformance is exellent and If you want a nice looking, good performing, solid truck for work or for yourself, and you don't want to spend over 20K on a new car, then thi... Read more 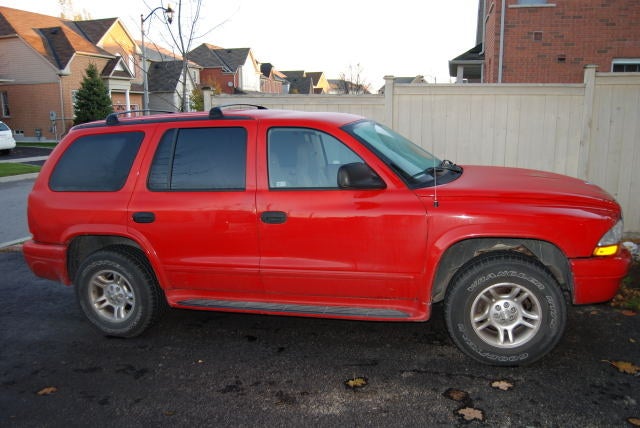 Dodge did not make many changes to the Durango in 2003, as it was preparing for a new generation in 2004. Notable changes this year include making 16-inch wheels and 4-wheel disc brakes standard on all trims.

Trims remained the same for the 2003 Durango. The Sport, SLT, SLT Plus, and SXT models all came standard with a 5-speed automatic transmission and a 4.7-liter, 235-hp, V8 engine, a tough, fuel-efficient engine and powertrain combo that could tow more than 7,000 pounds and still get off the line quickly. For even better acceleration and sport tuning, the R/T performance trim included a behemoth 5.9-liter, 245-hp V8 paired with a 4-speed automatic.

Drivers love the truck-like look of the 2003 Dodge Durango and that its handling and interior are more car-like and intuitive. The cargo capacity is the largest in its class. But along with the envious stares drivers say they receive, you will also make many new friends with your Durango, including Exxon, Mobil, Texaco, and Shell. With only 14/18 mpg (and most drivers say that's a generous figure), the Durango won't take you far on a 25-gallon tank.

Steve I'll burn the extra gas , I like actually getting where I'm going.

Users ranked 2003 Dodge Durango against other cars which they drove/owned. Each ranking was based on 9 categories. Here is the summary of top rankings.

Have you driven a 2003 Dodge Durango?
Rank This Car

1 view with 1 answer (last answer about an hour ago)

I did a engine swap on my 2003 Dodge Durango and put a 2000 in, it cranks but won’t start I have done a replacement for the crankshaft sensor I have reset the security system. Nothing I can’t win wi...

Multiple Misfire What Would Cause?

Loud Noise Under The Hood. I Think It's My Fan

I've been having trouble with the radiator holding fluids. Now there a loud noise under the hood I think it's my radiator fan.

What Years Interchange With An 03 Durango Slt?

What Years / models interchange with an 03 durango slot computer?