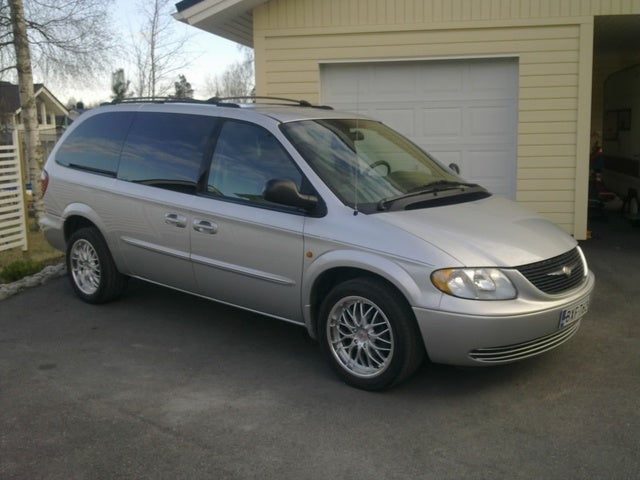 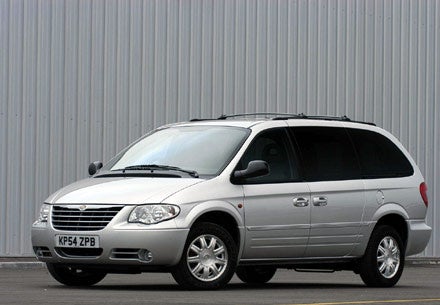 For 2003, Chrysler has once again adjusted the trim levels for the Town & Country. A new STD model debuts, and is now slated as the base model. The "high value" EX and eL models return. Both are comparatively low priced (the eL costs less than the base model). The eL offers a better selection of features, but uses the 3.3 liter engine. The EX upgrades to the larger V-6 and adds self-leveling suspension, but is similarly equipped to the LX rim level. The LX, LXi and Limited styles are still available, but the all-wheel drive LX has been dropped. Buyers in need of AWD will now have to opt for the more expensive LXi.

Both the eL and LXi were discontinued after 2003, and Chrysler introduced a new Touring model for 2004.

New options this year include a one-touch power moon roof and a factory installed DVD entertainment system with wireless headsets. The optional four-disc CD changer has also been upgraded to a six-disc.

There are no notable power plant changes this year. The STD, LX, and eL will use the 3.3 liter OHV V-6. This Flex Fuel engine generates 180 horsepower and 210 pound-feet of torque. Drivers can anticipate acceptable fuel efficiency, at 18/25 miles per gallon. The two all-wheel drive models, the EX, LXi FWD, and Limited FWD will be powered by the larger 3.8 liter OHV V-6. This engine provides a considerable power boost: horsepower jumps to 215 and torque to 245 pound-feet. Fuel economy is the same, and all models use a four-speed automatic transmission.

It should be noted that these older Town & Country models predate the availability of the "Stow N Go" seating, which was added in 2005. Thus, the interior is a bit less flexible for cargo carrying needs. Interior comfort is often listed as one of the popular minivan's best attributes, and owners have been very satisfied with the luxury and convenience items found on the upper level (LXi and Limited) trims. These features include the three-zone climate control, premium audio system, the optional DVD entertainment setup, second row captain chairs and the dual power sliding doors. Added safety features like traction control and AWD are also greatly appreciated.

Gas mileage is a common issue, and opting for the smaller engine does not improve efficiency. Several other owners conveyed the idea that Chrysler is very adept at presentation (layout and gadgets) but that is not a substitute for reliability, build quality and service. And those happen to be the three most common consumer issues.

Have you driven a 2003 Chrysler Town & Country?
Rank This Car

How Do I Get My Van To Start

I put my van in a field that had water that reached the middle of my door. I had it towed I let it set for it one day. I have tried to get it started after doing several things. I pulled brainbox a...

where is the fuel relay shut off switch at

2003 dodge caravan shut down while driving and now I can't get it to start at all?