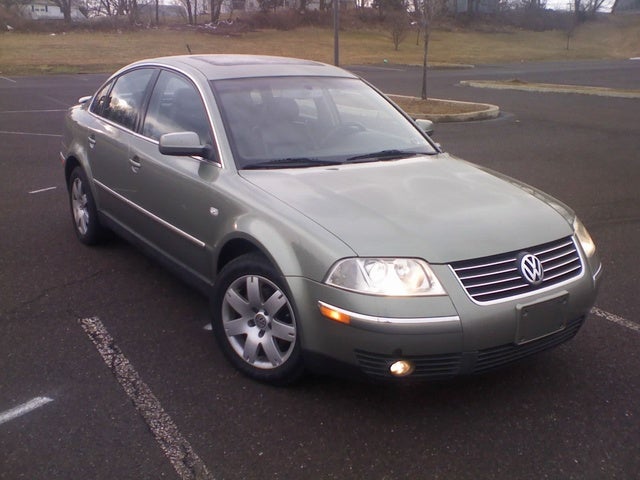 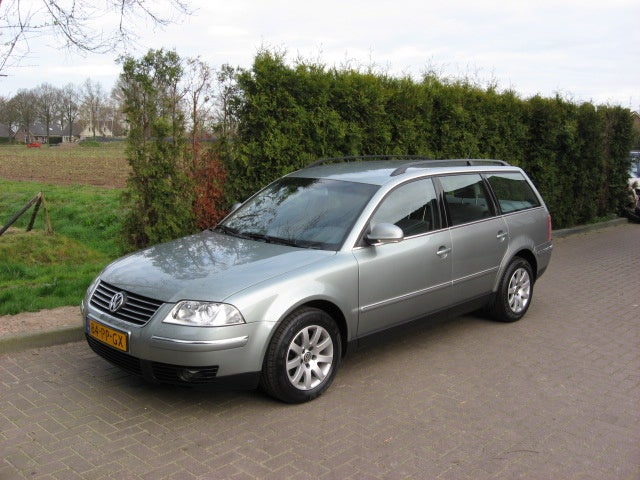 In an effort to compete with other luxury carmakers, Volkswagen introduced the new Passat W8 trim package in 2002, which joined the GLS entry-level and the GLX mid-range versions in the Passat lineup. And the W8 certainly roared out of the gate, with an all-new 4.0-liter 8-cylinder engine that pumped out an impressive 270 hp. Firmly establishing itself at the top of the Passat (and VW's) lineup, the W8 sedan and wagon came standard with a five-speed automatic transmission with the Tiptronic manual shift feature, a sunroof, leather seats (powered in the front), VW's 4MOTION all-wheel-drive system, Xenon headlights, and a stability control system, among other features. The interior leather and wood trim was also upgraded.

The rest of the Passat lineup remained essentially unchanged from the previous year, with the exception that VW increased its bumper-to-bumper warranty from two to four years, and added a few tweaks like a cruise control indicator light.

Other than that, standard features for the GLS trim package included air conditioning, power windows, power door locks, anti-lock brakes, traction control, cruise control, front and side airbags for the driver and passenger, a keyless entry system, daytime running lights, and an anti-theft alarm system. The GLX package added a sunroof and leather seats, among other features.

The GLS was available with either a 1.8-liter, 170-hp 4-cylinder engine or a 2.8-liter, 190-hp V6. The GLX came only with the V6. A five-speed manual transmission was standard for both the GLS and the GLX packages, while a five-speed automatic was available as an option.

Drivers' love/hate relationships with the Passat continues. There's no doubt that drivers are attracted to the Passat's styling, standard features (many borrowed from Audi, which also is owned by VW), comfort, and power. And many drivers have reported little or no problems with their cars. But others have noted frequent, and expensive, trips to the repair shop. Perhaps VW's upgraded bumper-to-bumper warranty, introduced in 2002, will help ease some of the maintenance/cost issues.

What's your take on the 2002 Volkswagen Passat?

Oakfire I bought the Passat a month ago and it had 137000 miles. So far an irritating problem with a short in the climate control and with it is the cruise control, that I am spending too much time trying to get to the problem and fixing it. I like the manual transmission and the v6 engine, nice power

Have you driven a 2002 Volkswagen Passat?
Rank This Car

741 views with 2 answers (last answer about a month ago)

I Can't Open My Fuel Cap. The Switch Is On The Door Next To Switch For Tru...

The switch moves but doesn't release. Can I open this manually? Thanks for your help..

How To Disarm The Security System For A 2002 Passat

I've changed the fuse but kept blowning what could be worng? Can I replace the wire for the light or how I go about checking for power to the wiring .