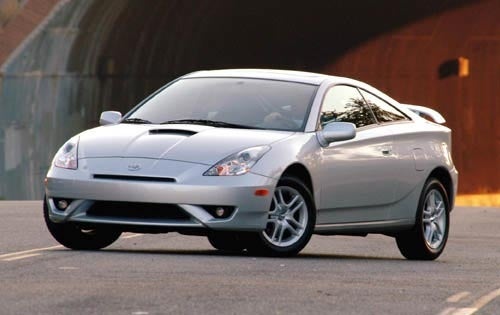 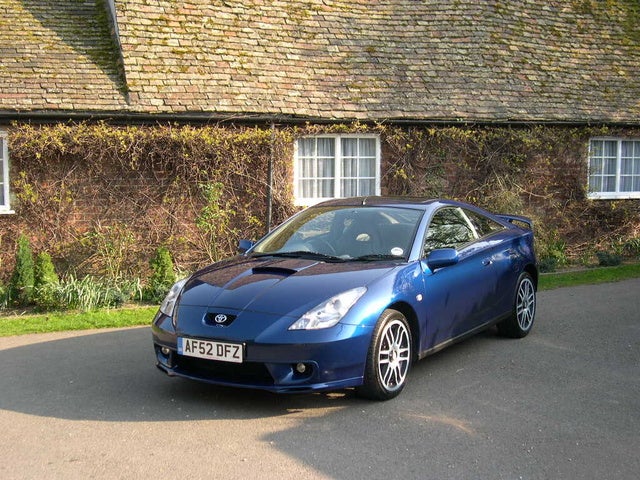 The 2002 Toyota Celica changed very little, with the exception of the new "Action Package" available on both trims, which included an adjustable rear spoiler.

The 2002 Toyota Celica was available only as a hatchback, which came as a GT or sportier GT-S. The GT came with a 1.8 liter, 140 horsepower engine. The sportier GT-S, which had distinctive exterior and interior styling, came with a 1.8-liter, 180 horsepower engine. This generation was also the first Celica to come available with a six-speed manual transmission. The GT engine got about 27/34 mpg, and the GT-S engine got about 23/30 mpg.

Drivers love the 2002 Celica's appearance. Many appreciate that they can get a sporty-looking car that can still be used as an economical commuter car. Many drivers find the interior to be too small, and others find that there is poor visibility out the rear window.

Have you driven a 2002 Toyota Celica?
Rank This Car

A friend was driving the Toyota Celica GTS and said that it geared it's self down and stopped. I can't get it to do anything I turn the switch on and the lights and radio and everything else comes ...

My car is overheating and I replaced the sensor. So my next step is the water pump. Does anyone know which torque wrench I should buy? I watched a video and got the torque settings, but not the wre...

113 views with 1 answer (last answer about a year ago)

I know a 2005 celica gts comes with a 3.0 v6 and a 6 speed, my question is will a 3.0 turbo supra engine fit instead of the celica engine. I want a custom celica supra

436 views with 3 answers (last answer about a year ago)