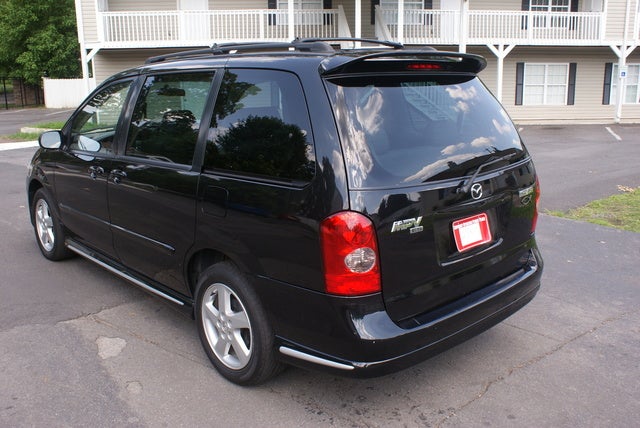 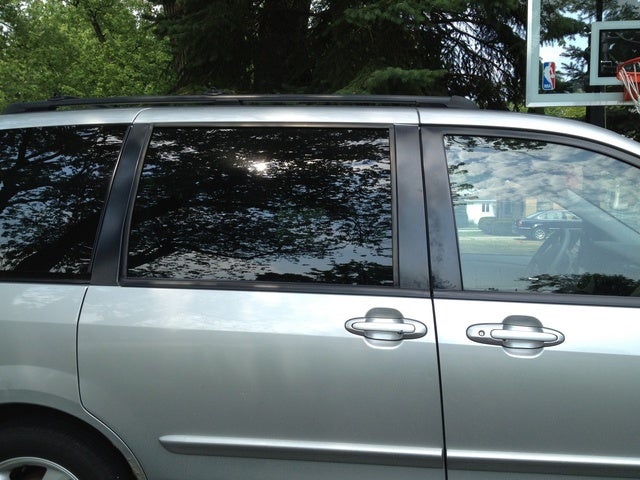 Since its introduction in 1989, there had been complaints from some drivers that Mazda's MPV minivan was underpowered, despite several power boosts throughout its production history. Perhaps reacting to those complaints, or perhaps simply because it was time, Mazda dropped a new engine under the hood of its popular minivan for 2002. The 3.0-liter V6 engine produced a respectable 200 horsepower, so families who packed into the seven-seater no longer had to sacrifice power for functionality.
Also new for '02 was a five-speed automatic transmission (no manual transmission was available), as well as powered sliding doors, updated brakes and suspension, and new 17-inch alloy wheels.
Finally, the line was narrowed, with the entry-level DX trim package dropped. The MPV was available in only two versions for 2002. The base LX version came with a fairly extensive list of standard features, including air conditioning, power windows, power door locks, cruise control, a lighted entry system, dual airbags, power exterior mirrors, an AM/FM/CD audio system, steering-wheel-mounted audio controls, and anti-lock brakes.
The higher-end ES package added leather seats (powered in the front), a leather-wrapped steering wheel, air conditioning with front and rear vents, and a premium audio system with both CD and cassette players. A DVD player and a sunroof were among the options.
Drivers noted that the MPV's revamped suspension helped make the vehicle more nimble, and they also like the fact that the third-row seat could be stowed in the floor to improve cargo space. Styling and handling were also given good marks, though on the downside, drivers noted that the vehicle could be noisy at speed and gas mileage was not as good as expected.

Have you driven a 2002 Mazda MPV?
Rank This Car

What Causes O/D Light To Blink And Check Engine Light To Come On?

car was driving fine .O/D light started flashing and check engine light appeared after stopping at light and the a bang noise then lights?Left car for awhile then car was started no O/D light flashing...

What Do I Do If The Check Engine Light Comes On

Should I get an oil change before I go to my mechanic's(35km)?