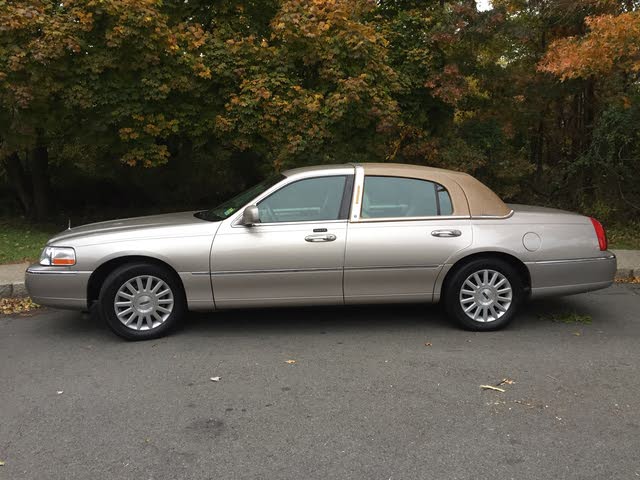 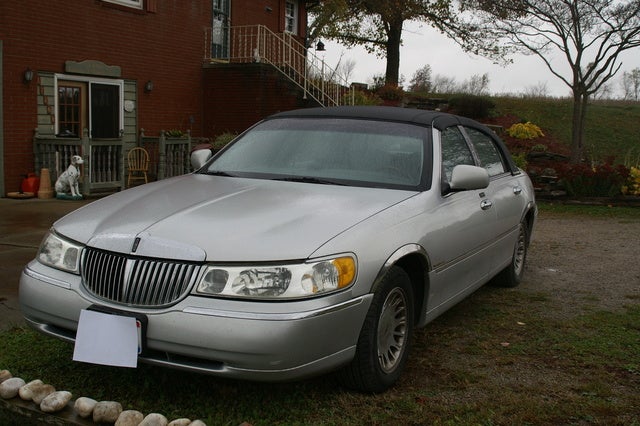 The most sophisticated of the three full-sized sedans built on the Ford Crown Victoria platform (the other being the Mercury Grand Marquis) continued to be popular in 2002 with older Americans as well as livery professionals. It proved that a market remained for a six-passenger luxury car with rear-wheel drive.

With a redesign coming in 2003, there were no outward changes to the 2002 Town Cars per se, althoug some minor trim upgrades (the Signature trim received a maple steering wheel, and all trims got a CD changer as standard) were made and additional options (the VCS, an integrated communications system) were made available. But new trims were added for 2002 and one, the extended-wheelbase Executive L was discontinued.

The trim lineup became thus: the base model Executive, which was sold as a fleet vehicle, followed by the Signature, the Signature Touring, the Premium, the Premium Touring, the Cartier, the Cartier Premium, and the extra-long Cartier L. The 4.6-liter V8 engine, which was upgraded in the previous model year, remained unchanged, yielding 220 horsepower at its basic level and 235 with the upgraded components on certain trims; a dual exhaust also came on these enhanced-performance versions.

Paired with a four-speed automatic transmission with overdrive, the 2002 Lincoln Town Car was rated across the board at 17 mpg city and 24 on the highway. The highway is of course where this cushy mode of transport was at home, gliding cloudlike on its airy suspension. When asked to take on curves and tight turns, the car could handle well, especially as compared to its previous generations, but the ride was definitely at its peak on the 60-mph straightaways.

Lincoln presented the luxury factor in the form of a lot of power accessories (adjustable pedals, side mirrors, and 8-way adjustable front seats with power lumbar support and memory function) and wheel-mounted auxiliary controls. And of course there was a general aesthetic pleasantness in the nice interior, with its maple trim, leather seating surfaces, and carpeted floor mats. Naturally, the trunk on these cars is large, but the spare tire takes up space and compromises access, especially if the full-sized spare tire was opted for.

Besides the above, standard equipment on all levels of the 2002 Town Car included leather seating, air conditioning, cruise control, ABS, traction control, and side-impact airbags. A sunroof was standard on some trims and not available on the others.

Safety ratings were good on this big automobile, as it earned the maximum 5 stars in NHTSA frontal crash testing. It dropped a star on the side crash tests, though ? but the 4 is still an acceptable rating.

For that reason and many others, even just pure and simple American pride and customer loyalty, there were and still are plenty of pleased owners of the '02 Town Car. In online reviews, many of these happy drivers cited the comfort factor as well as the stately good looks of the large sedan. Some even likened it to the Titanic - a most positive comparison, since they surely weren't counting on it to be seaworthy. Others expressed their appreciation for the car's reliability and quiet ride, even when passing other cars.

Those who found fault with the car lamented its inferiority to foreign competitors in materials as well as fit and finish, but this camp seemed to be smaller than those who just plain want a big domestic car and won't nitpick. Predictably, there were complaints about the fuel consumption, but that should have come as a surprise to nobody.

Have you driven a 2002 Lincoln Town Car?
Rank This Car

Replace wiper motor on 2002 Town Car with WPM 2010 part number from Rock Auto. Now, even with wipers starting out at lowest possible position on windshield, wipers are going to far to the drivers s...

replaced wiper motor, with wrecking yard aftermarket unit plugged in normal, turned on they made 1 swipe and I turned them off but noticed smoke. Investigation resulted in plug melting, exchanged wit...

Does it hurt to drive 2002 Lincoln Town Car when dash lights go out intermittently?

How do I put coolant in and flush rusty radiator in 2002 lincoln town car signature?

In My 02 town car executive the electrical system glitches at about 65mph. Also if I hit a bump the radio goes off and on. No problem if it's sitting still. What could cause this?