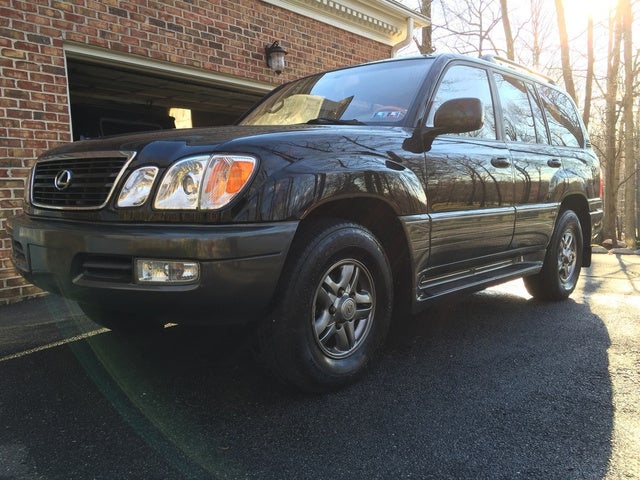 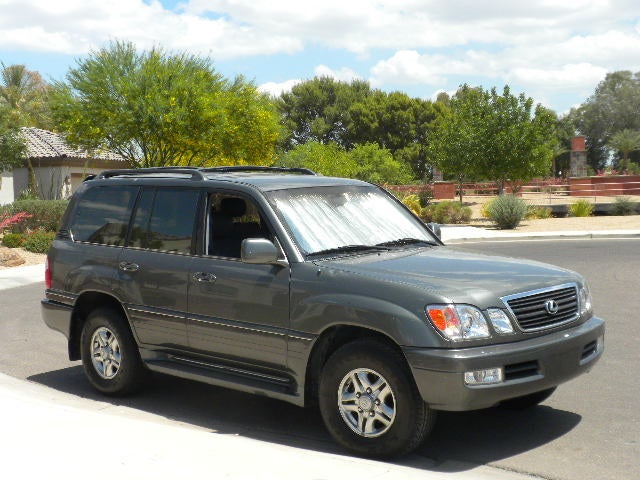 Not much was new in 2002 for the LX 470. Significant updates in 2001 led only to one notable change for this year: the acclaimed navigation system was now standard equipment. This advanced system's faster computer added ease to features like multi-route calculation and route preview. Simplified graphics provided a more user-friendly interface.

The 4.7 Liter V-8 returned in 2002, supplying the LX 470 with 230 horsepower and 295 lb-ft of torque. This V-8 was specifically made for the Toyota T-100, and became the key upgrade from the previous LX 450. The large engine combined with the SUV's blocky aerodynamics and substantial weight (5400 lbs) to consume fuel quite rapidly. Fuel economy was observed at 13/16 mpg.

A very common rave among owners the LX's navigation system, with many claims that the Lexus sported the most advanced and functional system ever made. Like all LXs that had come before, other positive feedback included the quality and craftsmanship pertaining to the adjustable suspension, ride quality, and low cabin noise. A frequent complaint was that the third row of seating was difficult for entry and exit, and it was also a pain to fold it away for additional storage space.

Dear CarGurus, I paid the submission fee but still not seeing my Lexus vehicle listed for sale? Please assist? Thank you

Why Is My Ad For My Vehicle Not Showing?

Dear Cargurus, I recently paid a fee to post my Lexus LX 470 but it never was shown. Please assist or provide a refund. Thank you, Napoleon Bowen

Starts In Morning But Not After It Warms Up Outside

I have a friends that has a Lexus I believe it's a lx 470 but anyways the problem is it starts in the morning but once it warms up outside it just turns over and won't start mechanic change fuel pu...