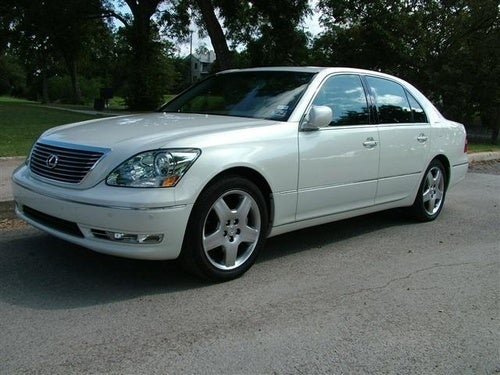 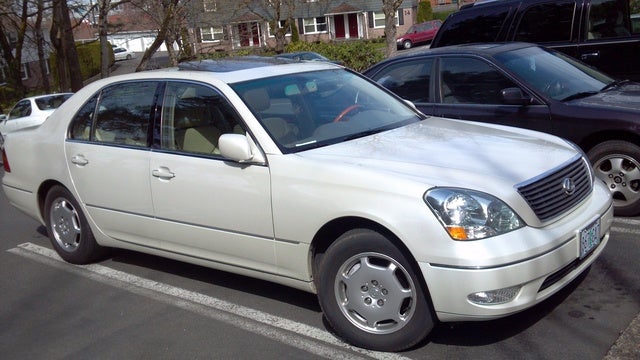 Between a total redesign in 2001 and additional revisions and upgrades in 2003 and 2004, the new LS 430 remained unchanged for this model year. Although its sticker price had nearly doubled since 1990, the Lexus flagship continued to outsell the still higher priced German competition, including the BMW 7-Series and Mercedes S-Class.

A four-cam aluminum V-8, now displacing 4.3 liters, supplied the LS with 290 horsepower and 320 pound-feet of torque. Road tests provided 0-60 mph data between 5.7 and 6.2 seconds, and a quarter mile time just under 15 seconds. While every LS was rear wheel drive, 2002 was the last year before a six-speed automatic transmission was added. The larger engine tugged fuel economy down very slightly, to 18/25 mpg. The VVT+i provided some fuel efficiency compensation for the large power plant and substantial bulk (nearly 4000 pounds).
For years, driving enthusiasts had asked for a tighter suspension, for better handling and addition road response. While the suspension was adjustable, it could not be set to a true sports feel. Such a rid was never intended for the LS. Owners also advised that the new optional Mark Levinson sound system was worth finding, to avoid being stuck with a poor stock stereo. Those issues aside, the Lexus LS 430 was the best selling flagship sedan for at least four reasons: build quality, ride comfort, interior appointments, and reliability.

Kimberly My first thought upon test driving this car was: I should be riding in the BACK seat, not driving in the front!!! THAT'S how luxurious this car is!!! I went to a dealership, fully intending on purchasing a nice, used SUV. I left with the Lexus. And I have yet to regret that decision!! EVERYTHING about this car is beyond compare. I had been looking for months, at different vehicles. I test drove so many that I had nightmares, lol!!! but NOTHING could compare to this car. It is quite simply what it is called......a Lexus LUXURY car....it's "get up and go" surprised me. Because when I stomped on the gas, I actually SAW the front end LIFT UP and go!! Power. Sleek design. Navigation. Awesome stereo system. Comfort. Heated seats, 3 "seat remembrance" positions. Leather. Electric everything. Trunk space beyond compare. And in closing? IT'S A LEXUS.....and probably the best buy I have EVER MADE!! If you find one, buy it...you will never regret it......

What Does The Panic Button Do For A Lexus

What's the panic button for on my Lexus??

I can't hear the turn clicker on my LS430. It is very soft. Dealer said they all are. Really??? Will a new clicker click more loudly?

Does CarGurus Get Involved With Dealer Inspections Requested By Buyers?