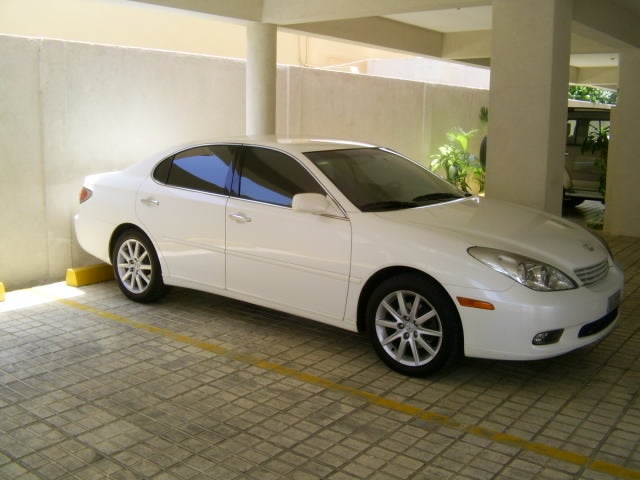 Since its debut in 1989, the ES series had been dubbed the 'entry-level' Lexus. While that title may seem contradictory, remember that the ES was once the only other Lexus option aside from the LS 400. Through the years Lexus added the SC coupes, GS sport sedans, the RX SUV crossover, and the flagship LX full-size sport utility. All were priced higher than the ES. Could an 'entry-level' stigma have slowed the evolution of the ES? How far could Lexus have taken the ES, while still allowing for comparative affordability? In an attempt to attract potential Toyota, Honda, and Nissan buyers, Lexus had to keep the ES price relatively low. However, the arrival of the affordable IS series in 2001 provided an opportunity for the ES to ascend to the next level. In 2002, Lexus introduced this fourth generation of the ES sedan.
The ES 300 was completely redesigned for 2002. The new version was larger, quieter, and more luxurious than any previous model. It now seemed more akin to the flagship LS 430 sedan. In addition to a new body, the ES also received more safety features and amenities. The VVT-i boosted engine was the same 3.0 liter V-6, providing 210 horsepower and 220 pound-feet of torque. The 0 to 60 remained the same, at 8.5 seconds, but 60-0 braking distance was improved down to 122 feet.
Drivers were very pleased that the new ES finally featured a navigation system. Convenient voice-activated control was frequently cited as a favorite feature. Wood trim and soft leather now filled the cabin of every ES. A longer options list included heated seats and moving headlamps. The antiquated Toyota cup holders were also replaced.

My 2002 es300 Lexus is completely shut off with no power I have new battery, alternator, starter, relay including new 120amp fuse are all new but still my car does not power up not even lights in the ...

529 views with 2 answers (last answer about a year ago)

Lexus ES300 Driver's Door Won't Open From Inside Or Oitside

I was driving my wife's 2002 Lexus ES300 and the driver's door would not open. The lock is locking and unlocking but the door will not open. I know this will be painstaking to get the panel off...

I replaced the speed sensors on my 2002 Lexus 300 and speedometer still does not work. It looks like there is wires exposed by the belts. What can I do to fix this?

I have been told my timing belt has broken and the entire engine needs to be replaced on my 2002 Lexus ES 300. I can see the belt, the car will start (barely) and then dies. Di I really need a new...