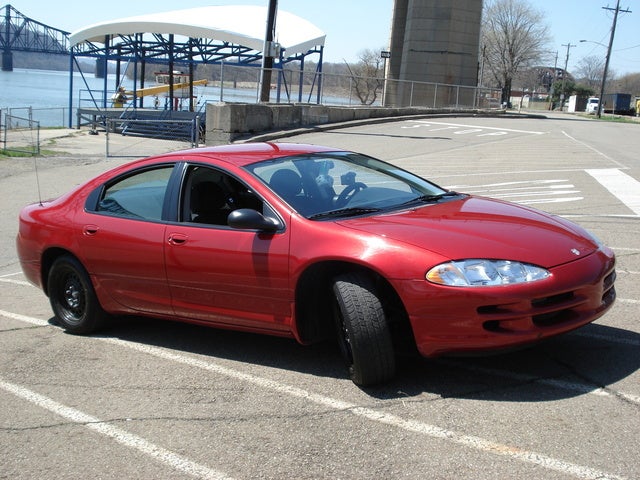 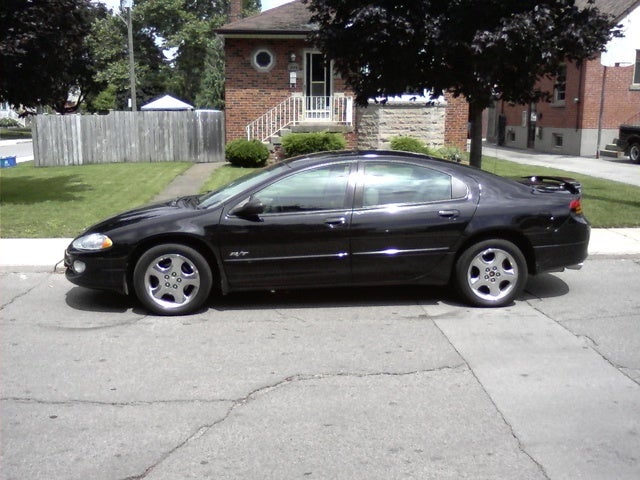 Its closest competition is the Ford Taurus, but the Dodge Intrepid has always been more of a full-size sedan due to its deceptively large interior. On the outside and under its hood, it is really more of a sports car, sure to satisfy on the open road.

In 2002, the Dodge Intrepid again changed its engine options. The SE base model came standard with the 2.7-liter, 200-hp V6, but now both the ES and R/T models featured the 3.5-liter V6 engine which rated either at 234-hp (ES) or 242-hp (R/T). Midyear, an SXT trim was introduced and would eventually replace the R/T. It featured the same 3.5 V6 engine. The 3.2-liter engine was dropped. The AutoStick auto/manual transmission was now only available in the R/T performance model, accounting for its higher horsepower rating. The R/T also offered tighter suspension and steering, performance-tuned exhaust, a rear spoiler, and chrome wheels to enhance the aggressive sports car exterior that formed the shell for the expansive family car interior.

Drivers love the way the Intrepid handles. With the 3.5 V6 engine, it is quite the racer, but handles more precisely and nimbly like a much smaller, sportier car. The best thing about the Intrepid is it's definitely fun to drive. Easy to read gauges, lots of leg and headroom, and deep trunk also rate high. Most unhappy owners complain about endless mechanical problems and the poorly-made 2.7 V6 engine that often needs to be rebuilt.

What's your take on the 2002 Dodge Intrepid?

dodgegirl2 I still drive my 2002 Intrepid every day. I am putting new exhaust on it and replacing an oil seal of some type(it,s leaking oil). I have 165,500 miles and it still drives like a dream,even at 80 miles an hour,which I don,t make a habit of,there isn,t a shimmy or vibration. I,m looking for another car now just in case and everything else is STILL falling short compared to this car!

jayflagg I have a 2002 2.7 V6. My only issues with it is rusting where the rear plastic joins the body behind the wheels. Someone in Design and Engineering should have though more carefully about sealing that area.

Have you driven a 2002 Dodge Intrepid?
Rank This Car

Radio stop working after installing new alternator. No sound from speakers we have 2002 dodge intrepip with factory installed radio 22/10 pin. We thought that was the problem so we purchased a new...

When I accelerate the car jerks, I let off and barely accelerate and it isn't as bad but takes a long time to get up to speed. It usually is worse right before it changes into another gear. Os thi...

My air bag light comes on periodically and when it does all other electronics stop working like turn signals, power windows, radio, fan, wipers etc. When the light goes out it all starts working ag...

How To Drain Transmission Fluid On A 2002 Dodge Intrepid.