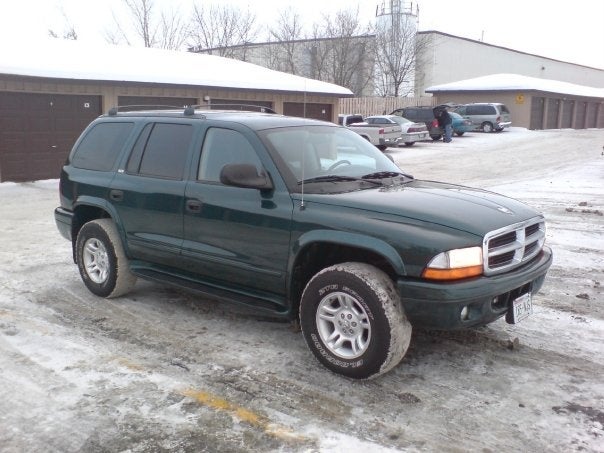 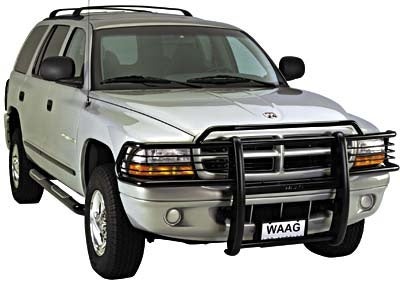 Whether you call it an SUV or a truck (it's based on the Dodge Dakota and shares many features), the Dodge Durango easily makes the switch from transporting cargo to transporting your kid's soccer pals.

Mid-year 2002 saw a new 5-speed automatic transmission that came standard in the 4.7 V8, with the promise of improving the fuel efficiency, which really isn't saying much for an SUV as big as the Dodge Durango, which is rated at 14/19 mpg. Listening to consumers, or simply aware of its poor safety ratings, the 2002 Dodge Durango enhanced its safety features by adding curtain-side airbags for the front and second row seats. A dealer-installed DVD system was also available.

Most Dodge owners love the lines of the Durango and the engine power, that makes hauling loads easy and fast. The handling gets high marks, especially around curves and in poor road conditions. But that pesky repair record and low fuel economy are big disappointments for owners.

Users ranked 2002 Dodge Durango against other cars which they drove/owned. Each ranking was based on 9 categories. Here is the summary of top rankings.

Have you driven a 2002 Dodge Durango?
Rank This Car

1/2 the time I can get the engine to fire only when I press the gas, and once I release it, the car dies. I'm having the same issue that people have when their cam or crank sensors go out, except I ...

Turns Over But Won't Start No Gauges

I have a 2002 dodge durange. Just had the transmission replaced. It was running for 2 weeks fine but I had problems with my cat converter, so I got dual exhaust. A week later it turns over but won...

Oil Leaks Or Burns A Lot, How Can I Find Out What Causes That?

Oil leaks or burns a lot, how can I find out what causes that?

What Is The Plastic Cap With Dipstick On Driver Side Above Radiator.

The plastic yellow cap on drivers side under hood. Has a plastic dipstick underneath, mine is empty and nothing showing on stick. Not on engine on plastic fan cover.

i have a 02 durango 4.7l and am looking for a 3" lift kit...thats been extremely difficult to find...no leveling...what other make/model kits are compatable?