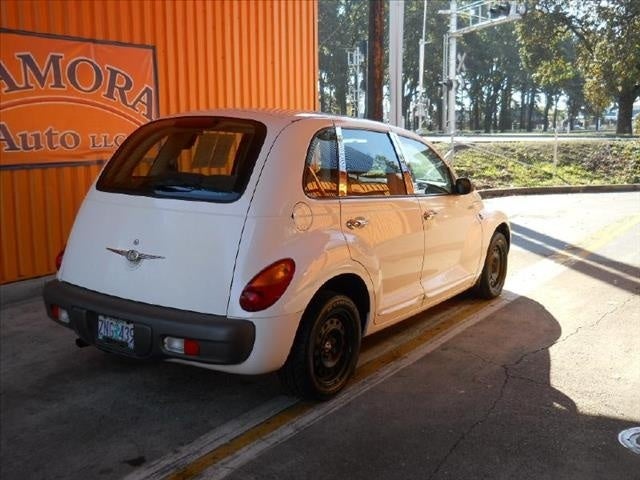 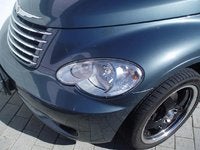 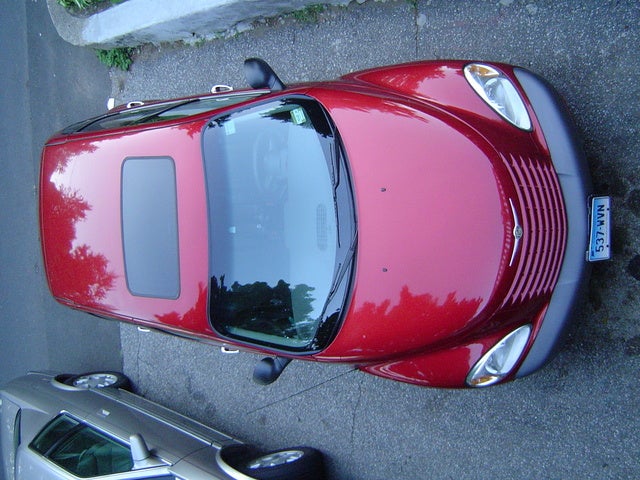 The PT Cruiser entered its second year of production in 2002, following a year of reviewer praise and great consumer curiosity. Chrysler could not build enough PTs in 2001 to satisfy the demand, but both production and variety were increased for 2002.

The 2001 PT Cruiser was offered only in Base and Limited Trims, but two new variants are now available. The Touring finish, which was previously an option package, is now a trim level. Chrysler has also added the Dream Cruiser Series. New special appearance packages for the PT also have a retro focus: wood-paneled sides or flame decals are now available.

The PT's unique body style is certainly head-turning, but it is also functional. Seating arrangements are highly configurable, and the extra height allows for greater cargo capacity than other compact cars. The PT offers 19 cubic feet for luggage alone.

Once again, there is only one engine choice. All models are powered by a 2.4 liter DOHC inline four, which provides 150 horsepower and 162 pound-feet of torque. Buyers may select a four-speed automatic or five-manual manual transmission, and both route power to the wagon's front wheels.

What's your take on the 2002 Chrysler PT Cruiser?

GuruG186 good car once you get the bugs out of em

Have you driven a 2002 Chrysler PT Cruiser?
Rank This Car

Are Control Arms For A Chevy Hhr Lt Compatible With A 2002 Pt Cruiser?

Are upper front control arms for a chevy hhr lt compatible with a 2002 pt cruiser?

My Pt Crusier Will Not Go Into Gear. Its Manual Transmission

its runs but wont go into gear

My Horn Is Not Working Could It Be A Fuse

Upon Moving From Park To Drive When First Starting, My 2002 PT Cruiser Jerk...

Only when putting it in gear from Park to Drive does this happen and it seems only when first starting. It is fine while driving and also fine when going from Park to Reverse. But when going into Driv...

So I have a 2002 PT Cruiser that we got for cheap that wouldn't start, we fixed it and it ran fine but would ramp up and down, someone said it was the computer learning the timings etc but after tha...