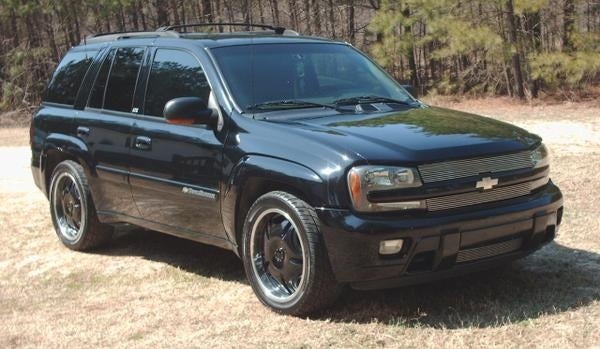 Have you driven a 2002 Chevrolet Trailblazer?
Rank This Car

This car is a good value! I love it! The only thing I would have liked to have is a back up mirror. Not sure what model compares to it as I havent done that much shopping around. Read More

Fun, fairly economical car. Easy to drive and plenty of room. White is the way to go on color. These seem to hold their value. Wish they still made them. It would be hard to find a replacement for t... Read More

I think this is the right car for me, I just need to find one I can afford. Read More

I think it drives & runs good both in the city as well as off road. Read More

Sold the car. Like the vehicle and. The color and make. Read More

Older Trailblazers are very good reliable vehicles. With proper maintenance they can last over 250k miles. Ive personally seen several Trailblazers with over 300k. Of course this depends on maintainin... Read More

Vehicle was very clean, low mileage, well maintained, and for the price couldnt beat it . Trailblazers if kept up they are a very dependable Truck... Read More

This vehicle was a damaged auction car that has a rebuilt/salvaged title and this dealer is asking above clean title value they stated they could knock off $100-$200 when its $1,000-$1,500 over clean... Read More

Have you driven a 2002 Chevrolet Trailblazer?
Rank Your Car →