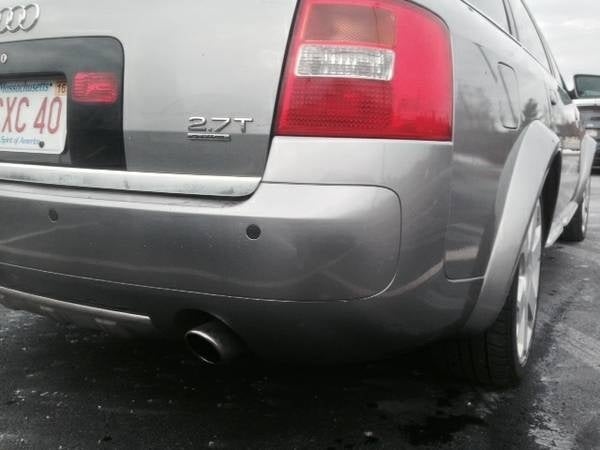 CarGurus has 14 nationwide Allroad listings and the tools to find you a great deal. 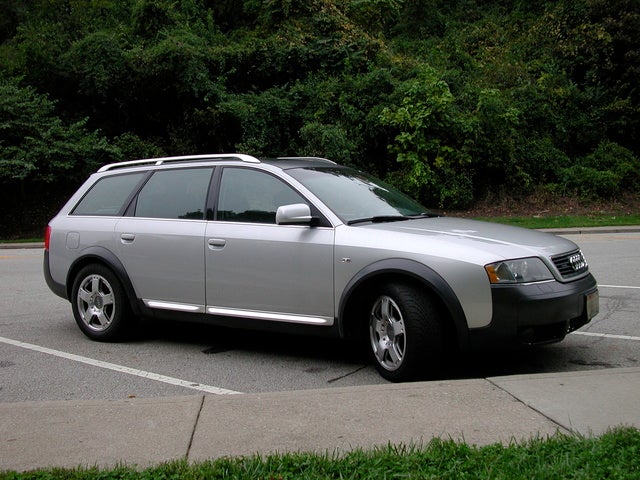 Just because you have a family now and resonsibilities for carting kids to soccer practice and birthday parties doesn't mean you have to sacrifice driving pleasure. At least that's what Audi thinks as it markets its 2002 allroad quattro, a station wagon that packs in trademark Audi comfort and luxury and innovative performance technology. It's so classy, you'll have to start hauling groceries from Dean and Deluca's instead of the Stop 'N Shop.

The 2002 Audi allroad quattro is an SUV alternative, especially since Audi doesn't even offer an SUV. Its combination of all-wheel drive quattro and variable suspension that adjusts the height to adapt to road conditions (pavement to mud to rough offroading) gives you all the versatility of an SUV, but with the crisp, light handling and control of a sportier sedan. The allroad didn't change much in 2002, except for the addition of a few options, such as a heated steering wheel and OnStar. A Sport mode was added to the optional 5-speed Tiptronic auto/manual transmission. A 2.7-liter, 250-hp bi-turbo V6 sits under its hood.

Though roomy, the allroad only comfortably seats four, but "comfort" is an understatement. Two-tone leather seats, a sunroof, and power-adjustable front seats are only a few of the many standard features that Audi loads its cars with. Seats fold down to expand the cargo capacity. Drivers love the allroad's confident handling and cornering. Though heavier than the A6, it is pretty speedy, but drivers do wish for more horsepower. AWD performance in the mountains is first-rate. The interior layout and quality is also a highlight. A common complaint in the allroad quattro is a very noticeable turbo lag from a standing stop. Numerous repairs and poor reliability are black spots on its record, as is the not so great fuel economy.

Have you driven a 2002 Audi Allroad?
Rank This Car

CarGurus has 14 nationwide Allroad listings and the tools to find you a great deal.

I Put An Actual Strut In My Audi Allroad With Struts From An A6. I Was Look...

the car has 350k on it and the air compressor locked up and I did not want to put any more money into the air suspension so I converted it to traditional coil springs on a strut. I got 4 used strut as...

I need spare parts new or almost new condition for my 2002 Audi allroad and I was looking for a dealer in Brussels, Belguim in Europe. thanks

Looking For A Manual For An 02 Allroad. Anyone Have One, Or Know Where I C...

Just bought an 02 allroad, and it didn't come with one. I want to get to know my car! Thanks for any help