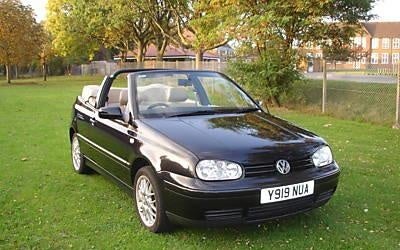 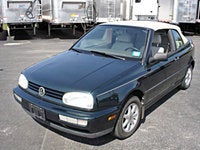 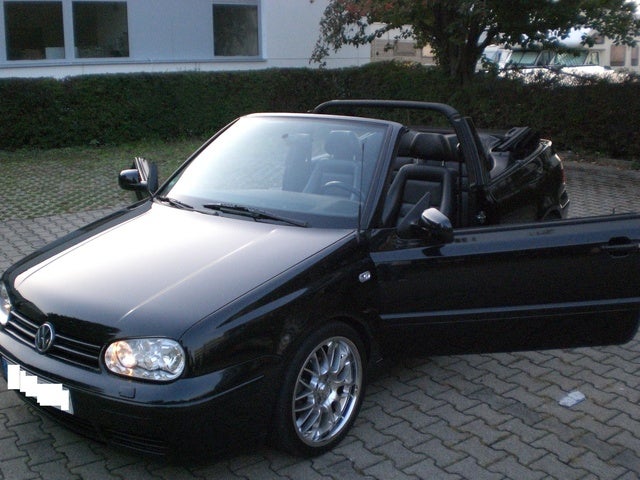 For 2001, Volkswagen expanded the Cabrio line by adding the GLX, a high-end trim package that joined the base GL and mid-level GLS packages. All three versions were powered by a 2.0-liter, 4-cylinder, 115-hp engine that has been the workhorse for the Cabrio since its introduction in 1996. It's linked to a five-speed manual overdrive transmission, which is also standard equipment for all three trim packages. A four-speed automatic transmission is available as an option.

Drivers were impressed with the Cabrio's legroom, despite the fact that it's a small car. Other positive points cited by drivers were the car's sporty styling, handling, and safety features. But once again, as with the models for the previous few years, a number of drivers have complained about quality issues with the Cabrio, mostly with fit and finish items, though on occasion larger problems have surfaced.

What's your take on the 2001 Volkswagen Cabrio?

Have you driven a 2001 Volkswagen Cabrio?
Rank This Car

2001 Cabrio Dies When Driving, Will Restart After Sitting For A While

I have replaced the distributor and fuel pump and it still dies. At first it would die after it was warmed up good. Now it will die after driving a few blocks. Always restarts after it sits for an hou...

2001 Volkswagon Cabrio. Is There Rust Issues In Fuel Tank? What Relay Is Fo...

Fuel filter , plugs and coil were replaced. Car just stalled on road. Only turns over. Goggle gives me a number of options for relay location and wiring diagram. Which one is correct ? Dealership of...

140 views with 7 answers (last answer about a year ago)

Have a 2001 Cabrio. When I turn the key to start nothing happen. Test out starter. Works fine. Starter in good condition. What could be the problem?

69 views with 2 answers (last answer about a year ago)

My cabio will start but immediately dies. I've replaced the fuel pump, the fuel filter is good. What else could it be? Please help. All advice is greatly appreciated.

How To Change Thermostat, It Seems To Not Open Up

My car heats up even with fan blowing. I think it needs to have the thermostat replaced or the relay switch for it. My 2001 Cabrio Vw convertable. I have had to unhook the battery more than o...