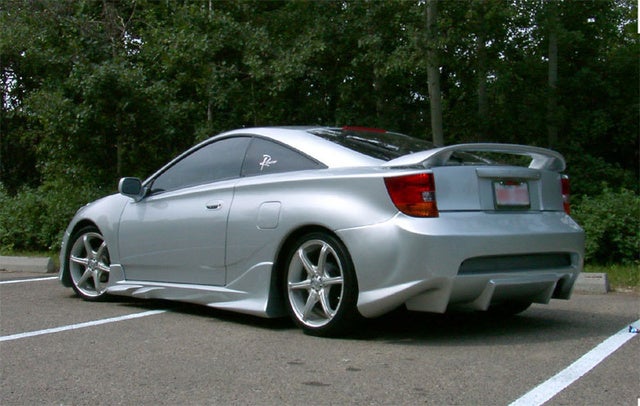 The 2001 Toyota Celica was did not see any changes, as it was redesigned the year before.

The 2001 Toyota Celica was available only as a hatchback, which came as a GT or sportier GT-S. The GT came with a 1.8 liter, 140 horsepower engine. The sportier GT-S, which had distinctive exterior and interior styling, came with a 1.8-liter, 180 horsepower engine. This generation was also the first Celica to come available with a six-speed manual transmission. The GT engine got about 27/34 mpg, and the GT-S engine got about 23/30 mpg.

Drivers love the look of the 2001 Celica, some even comparing it to a Ferrari. Owners of the car also love that they can get a sporty-looking vehicle that comes with Toyota reliability. Many complain that the back seat is too small, and some say that visibility is poor to the rear.

Have you driven a 2001 Toyota Celica?
Rank This Car

I Don't See My Car In The Search

I don't see my car that I'm selling in the search.

What Red Flags When Buying A Used 2001 Celica Gts

I'm 17 and looking at a 2001 Celica GTS as my first car. I've heard, mostly from Scotty Kilmer, that they can have some pretty bad engine problems and I can't afford to buy something just to have to...

How Long Can A Toyota Celica Last

I bought my daugher a 2001 toyota celica gt automatic for her birthday which is a couple off weeks away. Well due to the problems with the motor during those years, I have to put another motor in it. ...