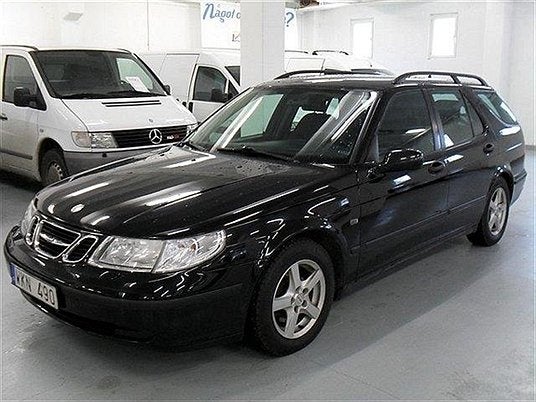 This is a type of car that you can’t find with decent conditions in the market. I have spent at least 8 months to search for these car S, but I have to give it up. Read More

It’s a great car with all bells and whistles. Except forward collision braking system. Back up camera is also a desirable feature which is not available. Read More

Fantastic automobile, and quite unique. Great mix of style and performance. Its such a shame that GM killed this historic brand. Read More

Safest car GM ever built. This model had a sophisticated AWD system which was ahead of its time. The car is roomy, has the most comfortable seats in its class and a host of technically advanced fea... Read More

love it, i finally found a garage that can fix it this car is awesome i can say anything bad about it The fuel mileage is great, fun to drive, safe as can be. overall a great car. saab forever Read More

This drives beautifully and gets great milege on my weekly commute to Boston 33MPH on the Mass pike. there is nothing negative I can say about this car except that we are selling it. It is fun to dr... Read More

Beautiful, fast, and smooth. The 2.3 engine puts out 265hp, and the turbo has little to no lag. Smooth performance anywhere in the RPM range. Read More

The Saab is not comparable to any other car. It is unique and wonderful to drive. I wish Saab cars continued to be marketed in the USA. Read More

It Moves With Stealth By classic_001

SAAB swedish engineering at its best , a reliably engineerd vehicle with a safety rating comparable to Volvo a really spacious family sedan that glides down the road with very little road noise like ... Read More