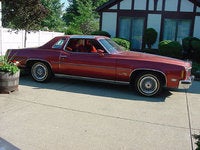 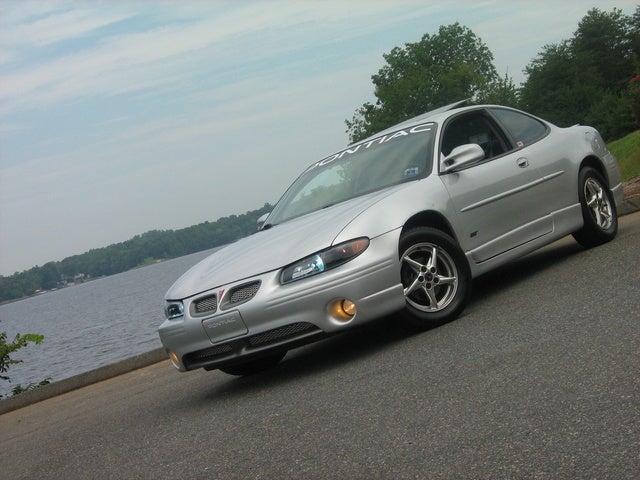 Emphasizing a sportier style and performance, the 2001 Pontiac Grand Prix focuses most of its attention on the powerful GT and GTP trims, and leaves the base SE sedan for fleet and rental sales. Proof? The SE comes in sedan only, with a 3.1-liter, 175-hp V6. The GT and GTP is either a sedan or a coupe, with a gruntier 3.8 V6 that gets 200-hp in the GT and 240 in the supercharged GTP. A 4-speed automatic overdrive transmission is standard across the Grand Prix lineup.
The 2001 Grand Prix puts a new grille on the SE and makes OnStar standard on GTPs. A Wide Track Smart Package for the SE adds a spoiler. The Special Edition Package for GT and GTP models adds a rear spoiler, hood scoops. shiny dual exhaust tips, and the requisite badging. As part of its performance orientation, Pontiac has given the Grand Prix more swooping body lines and sits it low to the ground. Inside, the cockpit-like front seat also sits low in front of an overly busy instrument cluster that's lit orange at night. Though the 2001 Grand Prix is big enough for five passengers, four would be most comfortable. A fold-down armrest in back doubles as a pass-through to the spacious trunk.
Though it's no sports car by any means, the 2001 Grand Prix is plenty fast, with terrific sporty handling and smooth acceleration and shifting, say owners. They praise the engine performance, along with the roominess and overall sleek looks. The biggest complaint seems to be about the cheaply-made plastic parts, which break or fall off or just don't seem in keeping with the exterior styling. It also tends to rattle because of this. Rear legroom can be cramped, the dashboard is too cluttered, and low ground clearance means scraping the front end.

What's your take on the 2001 Pontiac Grand Prix?

Guru9FXGW Blinker just starter flashing quickly on left turn not right.... Replaced combination flasher with many different ones. Replaced bulbs harness with new harness and sockets, still now just doing it again to the right turn and not the left??? Only started happening after lowered vehicle

Have you driven a 2001 Pontiac Grand Prix?
Rank This Car

How Can The DRL Be Shut Off?....remove The Fuse?

the Daylight Running Lights are not my favorite option to have...i would like to have them off until light are needed like at night...what can i do???thanks john

What Transmission Will Interchange With My 2001 Grand Pre Gpt

How to replace timing chain? What all has to come off? Keep in mind I'm a woman. I know a little about cars.

How to turn traction control off