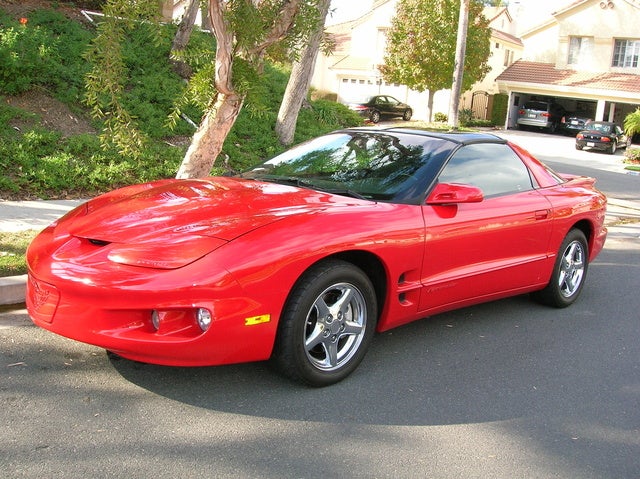 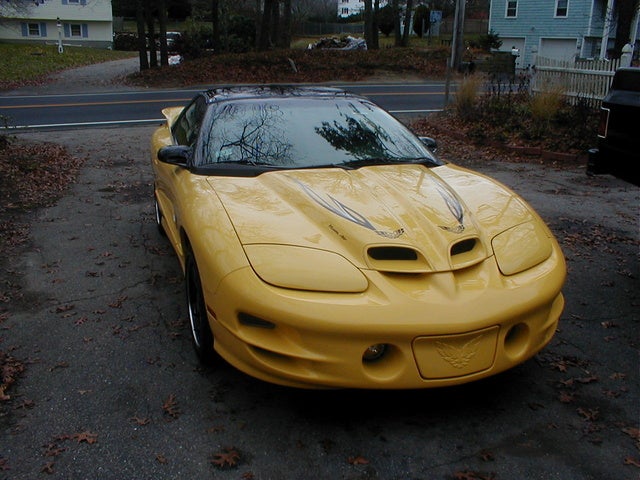 The popularity of the Pontiac Firebird spans generations, almost unlike any other car out there. First-time teenage drivers and nostalgic mid-lifers are attracted to it for the same reason -- testosterone-laden speed and looks. While the older generation may associate it with Jim Rockford or expect it to talk a la the Knight Rider, younger drivers may recall it as the car from Donnie Darko or Old School.
The 2001 Firebird is still going strong, though its final curtain call is imminent. Still, it did receive some engine upgrades this year. The 3.8 V6 is now rated at 205-hp, while the LS1 5.0 V8 is now 310-hp, thanks to a new performance clutch and retooled intake manifold. With the WS-6 performance package, now only offered with the Trans Am trim, that ups the horsepower to 325. The SLP Firehawk street racer hits 335-hp. Shocks and suspension are also updated for 2002.

The Firebird comes as either a base, Formular or Trans Am coupe, or a base and Trans Am convertible. The base coupe comes with air conditioning and cruise control, but the convertible adds on remote entry, power driver's seat and mirrors, and leather-trimmed steering wheel. Trans Am trims include leather seats. ABS brakes and dual front airbags are standard across the line, and traction control is an option.
Eye-catching looks, sports performance, and fast highway speeds are the 2002 Firebird's biggest draws. It looks and feels like a street racer, and it even gets decent gas mileage and carries an affordable pricetag. Drivers especially love the WS6 package. Negative comments focus on plastic parts that cause rattling, a rear spoiler that causes blind spots and water to leak into the trunk, and a leaky convertible top. Cockpit-like seating makes it hard to get in and out, and GM's slip-shift gearing is hard to get used to. As always, the biggest complaint is the unusable rear seats that fit no human being. But then, this is a Firebird after all. If you want a family car, go buy a Grand Prix.

What's your take on the 2001 Pontiac Firebird?

Have you driven a 2001 Pontiac Firebird?
Rank This Car

2001 trans am WS6 ram air stalled while driving. Got new battery and new fuel filter but will only crank but not start. I can hear the fuel pump when I try to start it.What else do I check

I have an 01 firebird v6. I am trying to figure out if my car has a posi (LSD) rear end. I have lifted the rear wheels, and spun one of the rear wheels forward, and the opposite one did not move. I s...

It won't let me accelerat ! I pull over and turn the car back on . It sometimes goes away and sometimes it will just crank back over !

159 views with 6 answers (last answer about a year ago)

want to swap my 2001 firebird 3.8 with a ls1 or carberated motor. is it possible and around how much am i looking at, already have the ls1