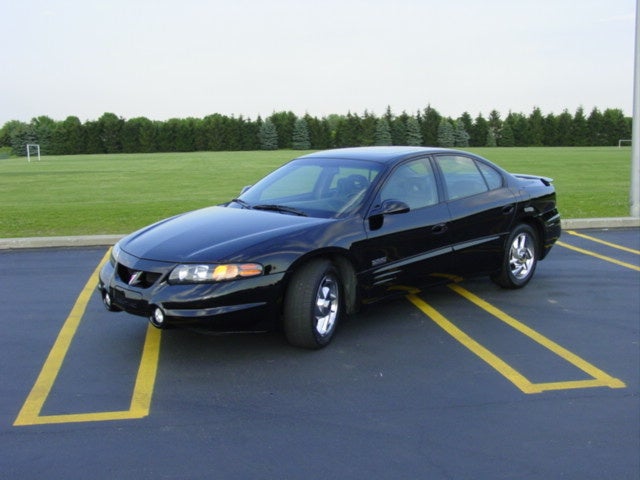 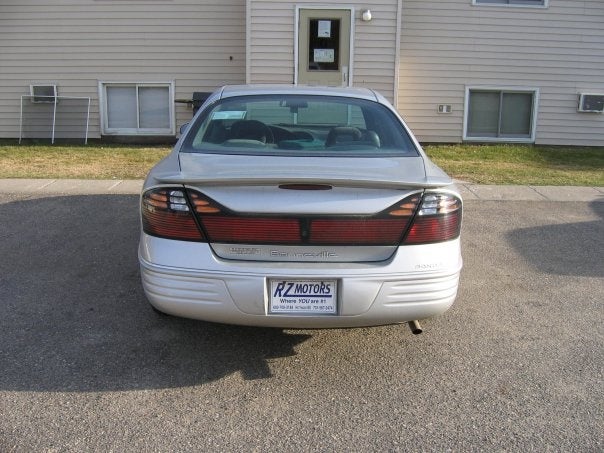 Fresh off its bolder, more aggressive design from a year ago, the 2001 Pontiac Bonneville made few changes to its full-size luxury sports car. Though not technically billed as a sports car, it comes with an engine, suspension, and performance features that make it more fast and fun than your average upscale family sedan.
The 2001 Bonneville has three trims. The base SE and SLE feature the 3.8-liter, 205-hp V6 engine and 4-speed auto tran. The SLE brings a more performance-oriented suspension and extra features, such as power seats and audio controls on the steering wheel. New in 2001, the SE gets a standard tire pressure monitor, previously only available as an option, and the SLE gets traction control (still optional for SE). The SSEi is the top-of-the-line sports performer, with a supercharged 240-hp V6 and 4-speed auto tran. It includes ground effects and even more features, such as Magnasteer, anti-skid capability, traction control, and leather seats. In 2001, OnStar is now standard on both SLE and SSEi trims. Once only an option on SSEi, heated seats have been added to the list for SE and SLE.
Geared more towards the sports enthusiast than straight family hauler, the 2001 Bonneville features a racing cockpit dash, with red backlit illumination and supportive seats that hold you in tight when taking fast curves. It is spacious enough for five, with a huge trunk, which makes it practical, comfortable, and enjoyable for long trips. An optional front bench seat in the SE means you could fit six.

High points for 2001 Bonneville owners are its speedy supercharged V6, overall drive performance, smooth ride, responsive acceleration, and variety of options. They say its a lot faster than it looks. Downsides are less headroom than earlier models and wind noise on the highway. Repairs are both expensive and numerous, particularly a steering rack problem. Owners don't like the placement of the cupholders and are disappointed with the traction performance on wet roads. They report getting less gas mileage than the published estimates.

What's your take on the 2001 Pontiac Bonneville?

Have you driven a 2001 Pontiac Bonneville?
Rank This Car

Need To Know What Part Is Called On Radiator.

My engine gets hot but no steam, I was told it was a plastic piece on bottom of radiator that has melted before by previous owner. I need to know what that piece is called.

Get car out of security mode

I got a 2001 pontiac boniville SE hit a deer on front drivers side, what other models of pontiac will interchange with my year, can't find any 2001's in junk yard but there are abundant amount of g...

Replaced the rear air shocks on my 2001 Pontiac Bonneville, including the air lines and hoses coming off the compressor. The air compressor kicks on for 5 sec. then shuts off. Doesn't want to fill...

934 views with 5 answers (last answer about a year ago)