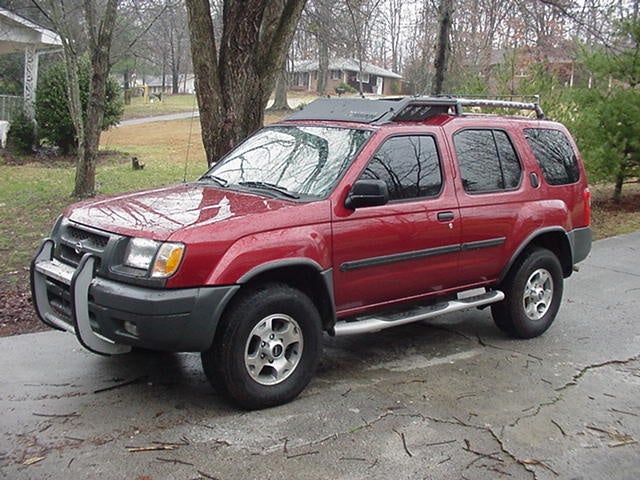 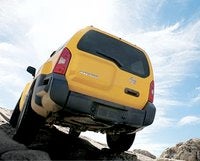 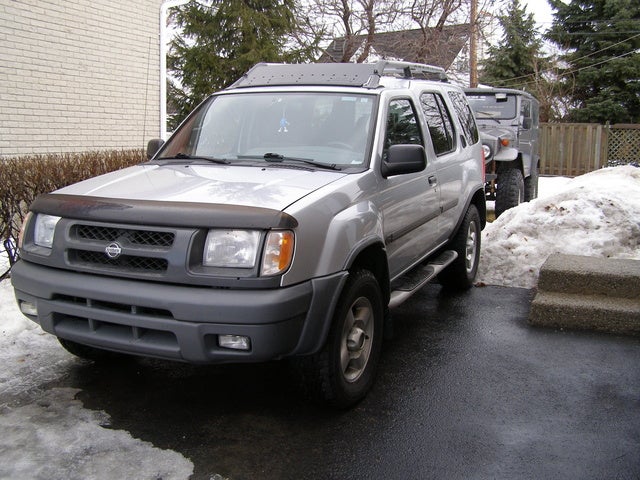 An affordable rugged off-road SUV appeals to those who actually use the extra cargo space to store bikes, surfboards, or camping gear. The Nissan Xterra sits on a truck platform, but is less than an inch shorter than the more upscale Pathfinder. It seems to have found its niche with a younger, more active consumer, and has already proven a big seller. The 2001 Xterra adds a few more standard features and revises the instrument panel this year.

The 2001 Xterra comes with either a 2.4-liter, 143-hp I4 engine matched to a 5-speed manual, or a 3.3-liter, 170-hp V6 with choice of 5-speed manual or 4-speed automatic. The XE comes with either engine, the SE only with the V6. V6 models offer a choice of 2WD or 4WD, while the I4 is only offered with the 2WD. New for 2001, the XE I4 gets a CD player. The SE now comes standard with a 6-CD player with controls on the steering wheel, a leather-wrapped wheel, new 16-inch alloy wheels, and titanium interior trim. The SE is much better outfitted with adjustable roof rails, skid plates, step rails, a sunroof, and power features, most of which come optional for the XE. There are two useful options with the 2001 Xterra -- a tow package and a bike rack for the cargo bed, which opens up to 65 cubic feet when the rear seats fold flat.

Built like a truck, the 2001 Xterra can tackle off-roading with surefootedness, but this same ability makes it a bit bumpy and bouncy on paved roads. Drivers like its agile handling and tight turning radius, and the price tag makes it appealing to younger drivers. Its rugged looks also distinguish it from blander SUVs. Disappointments include two underpowered engines, low fuel economy, uncomfortable seats for long trips, and an instrument panel that's sometimes hard to read.

Turboslayer77 These are actually great SUV"s as long as you keep up on maintenance and use the proper recommended parts as per dealer requires. I learned the hard way that aftermart parts are quit abit different on specs. Saving a buck will cost thousands in the end. One more thing if it ever over heats stop and get it fixed right dont guess that you can run it for weeks by adding fluids. The heads are super light and dont take much overheating to warp. Other then that this has been an excellent vehicle and very dependable abd my wife looks good in it.

Have you driven a 2001 Nissan Xterra?
Rank This Car

Why Is My Transmission Broken

Brake Light And Battery Light On

Hi my battery and brake lights turned on a few days ago,I've tried charging the battery, and took it in to check on the alternator. Both were fine they said, after they tested it, the lights went a...

Why Wont My Brake Lights And Guage Lights Work?

No matter what I do I can't get my brake lights to work on my 01 xterra. I've checked for shorts, wires grounding out, replaced the brake and clutch switches and I still can't get them to come on. ...

I have a 2001 Nissan Xterra it was running fine then the battery died put a brand new battery in it but the radio or the lights will not come on and it wont turn over any suggestions?

344 views with 3 answers (last answer about a year ago)

My Car Will Not Go Over 35mph

i have a 2001 nisssan exterra and i cant get it over 35mph the transmission is new and I changed the fuel filter but it still will not go over 35mph wat else can be making it do this I cant take it to...