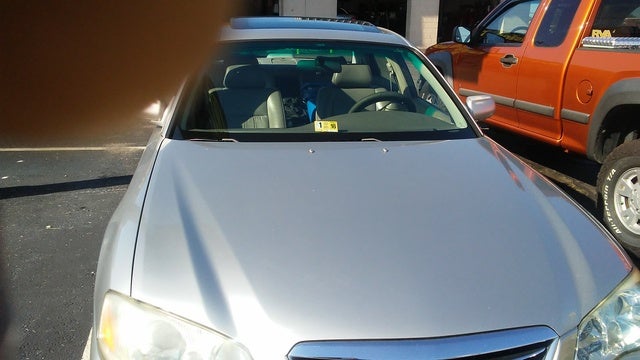 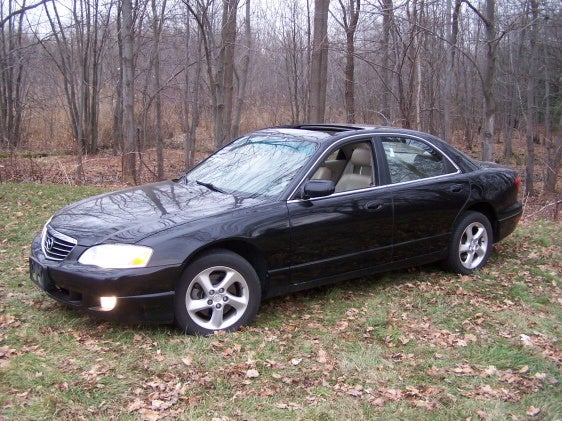 In its continuing efforts to make the Millennia look like the luxury car it was originally designed to be, Mazda gave its high-end sedan a second redesign in as many years, though the changes made in 2001 to the Millennia's exterior were more extensive than those made the year before. The entire front end, as well as the taillights and rear fascia, were smoothed out and made a bit sleeker.
In addition, the chassis was stiffened to provide better handling, and inside the dashboard received a new two-tone treatment. To round out the improvements, power lumbar support was added to the driver's seat, new gauges were added, the anti-lock braking system was revised, and side airbags became standard equipment.
The Mazda Millennia was available in two versions for 2001. The Base model was powered by a 170-horsepower 2.5-liter V6, which was linked to a four-speed automatic transmission (standard for both models). Standard features included air conditioning, power windows, power door locks, power seats in the front, a tilt steering wheel with a memory feature, cruise control, automatic climate control, dual airbags, and a power sunroof.
Stepping up a notch, the Millennia S version received a supercharged 2.3-liter V6, which pushed horsepower up to 210. It was equipped with an upgraded list of standard features that included a premium audio system and traction control.
Overall, drivers liked the Millennia's styling, handling, comfort, safety features, and build quality, though some noted that the back seat seemed a bit cramped. In addition, some drivers felt the car was a bit underpowered when compared to competitors' vehicles. And there were mixed views on pricing, with some feeling the car was a bit overpriced but others believing it to be a good value thanks to price discounting by Mazda.

What's your take on the 2001 Mazda Millenia?

Have you driven a 2001 Mazda Millenia?
Rank This Car

I have a 2001 Mazda Millenia when I cut switch off the Flasher stay flashing when I cut the switch on the flashers quit the running lights come on but when I cut all the way to headlights headlight...

Just bought last weekend. From reading blogs, now afraid of possibility of expensive repair of lysholm compresser oil seal being $4000. Does anyone know of any clues in car performance that will let...

What does the "HOLD" MEAN IN DASHBOARD

I have a 2001 millenia s (2.3). One night it started missfiring and check engine light blinking under light load but I was able to make it home (30 minute drive). Next day I checked code and it was ...

So I just changed my oil and since buying it almost 3 years ago its always had white exhaust on start up and drives fine. 2 weekends ago it started making a noise an acting funny after driving for ...