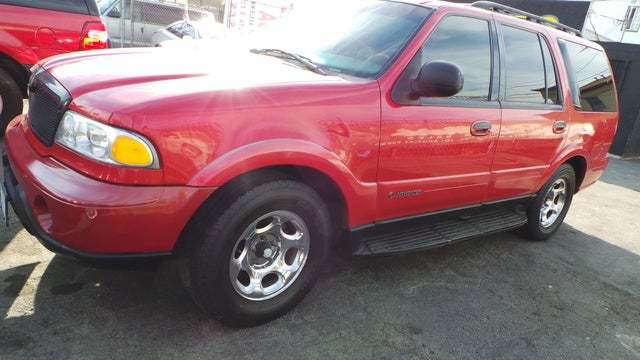 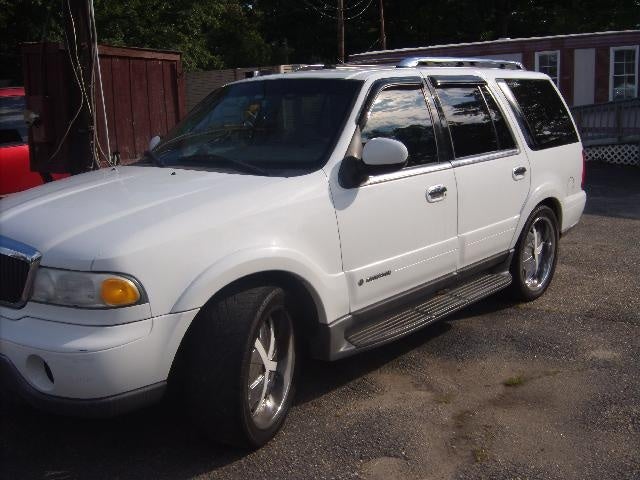 Not much changed for the Navigator from the 2000 model year to the 2001. A couple of new colors were added, as well as a rear-seat video entertainment system option; auxiliary controls for the rear row's heat and cooling also joined the list of standard equipment.

Built on the same platform as the Ford F-150, which has enjoyed a long run as America's best-selling pickup, the Navigator too has been popularâ??although not as much so as the Cadillac Escalade. Some people contend that the Navigator is overdone as far as its looks. But it offers a great view of the road from its high perch, and no one can complain about the interior space.

The 2001 Navigator's 300 horses come from a 5.4-liter V8 engine, which was paired with a four-speed electronically controlled automatic overdrive transmission. The number that those who tow are interested in is the 360 lb.-ft. of torque, which is ample, although some might expect more from an SUV of this size. A trailer-towing prep set-up with tow hook came standard.

The 2001 model came in two simple trims: two-wheel drive and four-wheel drive. The list of standard equipment was long, leaving just a few things that could be opted for. Some of the standout exterior features were oversized heated body-color side mirrors, roof rails, step rails, fog lights, swing-out rear windows, and a full-sized spare carried under the body.

On the inside there were contoured leather-covered seats for all three rows, and an impressive instrument panel surrounded by a dash covered in soft-touch material. Real wood accents, including those on the partly leather-wrapped wood steering wheel, were complemented by brushed-metal ones. Anyone lucky enough to drive could the Navigator could appreciate the height-adjustable pedals and seat-position memory, and all passengers would benefit from the cabin air filter.

Mechanical features included limited slip differential, stability and traction control, and a wishbone front suspension and beam rear suspension with stabilizer bar. The suspension also came with an automatic leveling function that also kneeled down one inch for passengers' entry and exit.

Options made available on the 2000 Navigator were an upgraded audio system with 6-CD changer, a rear-seat entertainment system with 8-inch screen and two pairs of wireless headphones, and a GPS-based navigation system (this required the CD changer option).
In their online reviews Navigator owners praised the SUV for its attractiveness inside and out, as well as its spaciousness and comfort. Some found the engine too loud for their preference, and others complained of a lack of reliability. But mostly they kvetched about poor mileage, especially since Lincoln recommends high-octane stuff, but it's not as if buyers didn't see the hefty fuel costs coming.

What's your take on the 2001 Lincoln Navigator?

Have you driven a 2001 Lincoln Navigator?
Rank This Car

my lincoln has been in storage for 2 months, I installed a new battery and everything works except it will not start. what could be a problem

my 2001 navigator was driving down the road a while back and my friend who was driving said that as she was driving she noticed that traffic was starting to pass her by so she strepped on the gas to ...