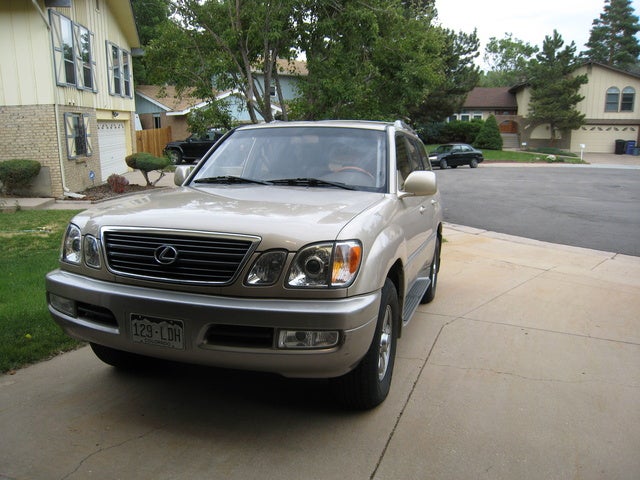 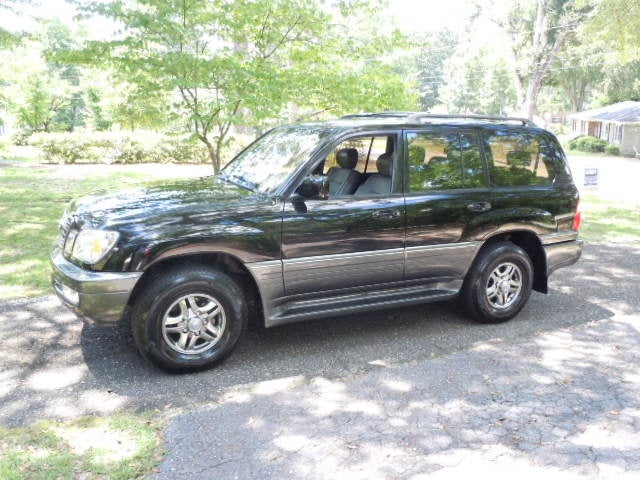 While the 2000 LX 470 had included several safety and performance upgrades, the 2001 model's additions were largely related to comfort and convenience. A leather/wood steering wheel, an electronic compass, and dual rear cup holders were now standard. A nine speaker Mark Levinson stereo and new navigational system were optional. The navigation screen could also be used to display DVDs. The luxury SUV had seating for eight, plus ample storage space.

By this forth model year, the LX 470 had earned a fine reputation for combining Lexus luxury with many SUV attributes. The successful and capable Toyota Land Cruiser had provided the foundation for the LX, but the Lexus version featured a slightly different grille and headlamps, and illuminated side running boards. The engine was the same 4.7 Liter V-8, which provided 230 horsepower and 295 lb-ft of torque. The 5400 pound SUV's gas mileage was observed around 13/16, which led to one of the most common customer complaints.

Even Lexus drivers felt that the cost of operation was a little high. The 25.4 gallon tank needed premium fuel to perform at its best, so daily driving quickly became rather expensive. The permanently engaged 4-wheel drive did not help with fuel efficiency. Service was not as much of an issue, since most LX drivers reported not needing much of it. Like Toyota, Lexus expects their vehicles to run for at least 300,000 miles, and most LX owners say they will to all they can to keep driving their luxury SUVs past that mark.

My car wont start when its in Parking but have to be put into Normal to start. is it a safety thing or is there a problem