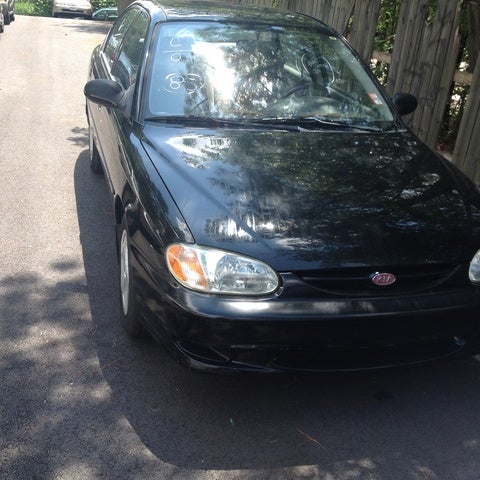 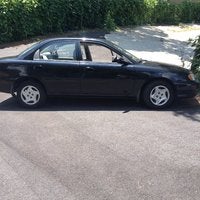 Looking for a Used Sephia in your area?

CarGurus has 2 nationwide Sephia listings and the tools to find you a great deal.

So long, farewell, auf Wiedersehen, goodbye...Just like that catchy tune Kia now uses in its TV ads, the Kia Sephia hung around for a long time, generating almost the same amount of annoyance as that relentless ditty. But the 2001 Kia Sephia represents the compact sedan's swan song, making way for the new Kia Spectra. Even so, the 2001 Sephia gets a few improvements this year, including dual vanity mirrors, a coin compartment, a gas cap tether, and Kia's new 10-year/100,000 powertrain warranty. Also new are child seat anchors.

The Sephia was Kia's first U.S. car marketed under the Kia name and has been around since 1994. An overhaul in 1998 improved power and performance slightly, and the 2001 Sephia features a 1.8-liter, 125-hp DOHC I4 engine with standard 5-speed manual transmission. A 4-speed auto tran is optional. With 108 lb-ft of torque at low speeds, the engine is pleasantly energetic for city driving. Available in both base and LS models, the 2001 Sephia is minimally equipped with power steering, cassette player, and dual front airbags. The LS adds tilt steering and folding rear seats, but also comes with an optional Power Pack that adds power windows, locks, and mirrors, cruise control, and a tachometer. Optional ABS brakes are only offered on the LS, as is a CD player, alloy wheels, and wood trim. A rear spoiler can be added to both base and LS Sephias for a sportier look.

Budget, budget budget is the 2001 Sephia's buzzword. Intended for economy drivers, the Sephia combines a low sticker price with high fuel economy and nimble handling that make it ideal for city commutes. Drivers complain that acceleration at high speeds is sluggish and noisy, particularly with the A/C on. They like that the Sephia is so roomy inside for front passengers. Negatives about the Sephia include a cheap, easily dinged plastic interior, an exterior that shows wear and tear, and significant repair problems that almost cancel out the cheap initial price tag. Early failures on the transmission, brakes, and tires are the most common problems. Owners warn that the warranty does not cover as much as you think.

Have you driven a 2001 Kia Sephia?
Rank This Car

Looking for a Used Sephia in your area?

CarGurus has 2 nationwide Sephia listings and the tools to find you a great deal.

My 01 kia sephia goes into reverse u can feel it trying to move but wont would a bad filter cause this?

My key won't go all the way in I can't open my trunk.what can I do to fix it?

i have 2001 kia sephia and its not shifting properly i goes in reverse but when you put it in drive nothing but if you shift to 1st it will finally take off, so then i unhooked the wiring harnes on th...

Car overheats if AC is not on, but with AC on, only one fan comes on; is that normal or both fans should come on?